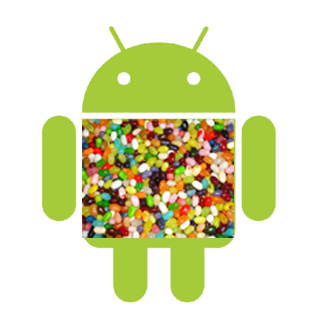 Not long after Eric Schmidt started hinting at anOctober-November release for the Android Ice Cream Sandwich, the successor of Honeycomb, there is a rumor floating around about the new Jelly Bean in the making, reports thisismynext. Tentatively being known in the house by this name, the Jelly Bean is also expected to steal some features which were originally being planned for the Ice Cream Sandwich.

While the Gingerbread and Honeycomb were versions 2.3 and 2.4 respectively for the operating system by Google, the Ice Cream Sandwich is expected since a long time as a major overhaul, jumping straight to version 4.0, though there is no confirmed word about it yet. If that formulates according to the speculations, then the Jelly Bean to follow could be seen as the major 5.0 update, although nothing seems concrete as of yet.

Also, Jelly Bean is just the working term used for this future version. The name, as reported by the site, may see an attractive change, while keeping terms with the Google Android traditional nomenclature. The titles for Android operating system and all its updates, right from cupcake, have been derived from some yummy desserts and continue in an alphabetical order. Although, the Jelly Bean also stands a fair chance, considering the choices in the J-category.

Following this announcement, the Ice Cream Sandwich gearing up for an October-November release, is expected to miss out some modifications significant for the operating system. It is being said that these alterations will now go the Jelly Bean way. Hopefully, the much-awaited integration of tablet and smartphone-centric feature in Honeycomb and Gingerbread will still be served by the Ice Cream Sandwich.

With all this being said, it will be exciting to see what the Ice Cream Sandwich brings, so as to know how sweet the Jelly Bean candy is going to be.