Google India has announced a range of new products centered specifically on the Indian internet user at an event for its eighteenth birthday. The technology giant will soon launch the YouTube Go app, Google Station, virtual assistant-inclusive Allo and data saving modes in its other apps. All of the new services have been developed keeping in mind the low connectivity speed, coverage and types pf devices used by the masses in India.

The announcement from Google also highlights the rising importance of the Indian market. Social media honcho Facebook, has repeatedly shown interest in providing connectivity as well as new internet tools to the nation. This is mainly due to the fact that the country is one of the largest markets of first-time web users and existing subscribers in the world. 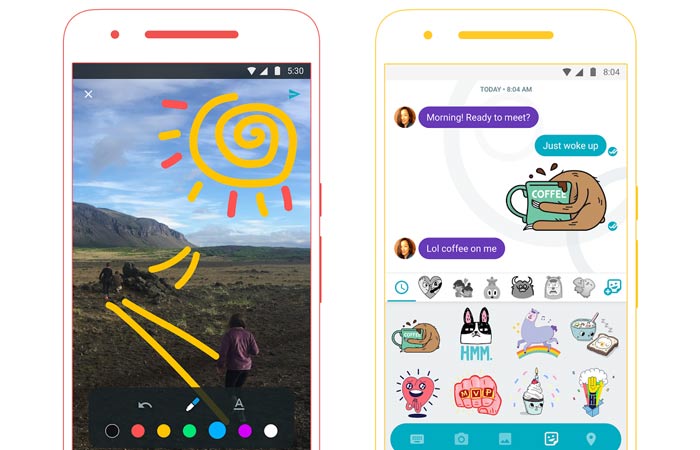 YouTube Go App:
Google has introduced another version of its popular video app YouTube. The new application called YouTube Go will display content even through irregular network strength, a common problem plaguing 2G and 3G internet. It also provides the option of controlling the amount of data consumed while watching videos. The app allows sharing via Bluetooth too.

Google Station:
Earlier this year, Google has set up free Wi-Fi at various railway stations across India. The company will now expand its connectivity services through Google Station, a toolkit that will help set up Wi-Fi hotspots in other public places. This will bring easy availability of hotspots to cafes, malls and bus stops.

Allo:
With Apple and Microsoft both having their own virtual assistants, Google is not far behind in the league with its own Assistant. Users in India can now get a preview of this technology through the company’s messaging app Allo. Currently operating only in English, Assistant will soon roll out in Hindi through the application. Allo’s Smart Replies feature will also be able to prompt replies in Hindi.

Chrome and Google Play:
Google had previously launched Chrome Lite in India, keeping in mind low internet speeds in most parts of the country. Now the Chrome browser will be equipped with a Data Saver mode that will save almost 67% of data consumed. It will also auto-optimize pages on Android devices after detecting 2G connectivity, which saves 90% data, according to the tech giant.

The Chrome browser will also host a Download feature that saves content and media on a user’s smartphone. These can be accessed even in the absence of network connectivity. Downloading will be resumed automatically when users connect back to the internet.

The Google Play app will pre-load frequently accessed content when on Wi-Fi. This will speed up browsing when launching the application on weak signals. Users will now get an option to wait for Wi-Fi connections before downloading any app through the store.

Google News Lite:
The Google News and Weather app will also feature a Lite mode that flashes mainly the headlines when accessing the news through it. As claimed by the developer, this mode helps consume less than one-third of the data the app otherwise requires. It is triggered automatically on weak signals.