The Digiflip Pro XT 712 is the first time Flipkart has stuck its nose into the Android tablets game and here’s a look at the very best and worst of what the new tablet has to offer. Digiflip is the brand under which the Indian online retailer sells other gadgets too including speakers, earphones, mice, chargers, cables and what not.

The Digiflip Pro XT 712 is merely its attempt to foray into the tablet market in India which is very welcoming of cheap hardware. The Flipkart Digiflip-branded tablet is priced reasonably at Rs 9999 and one of its latest rivals is the Lenovo A7-30. If you don’t hesitate to pay more for reputation, then the former has the A7-50 costing Rs 14499 as its main competitor. 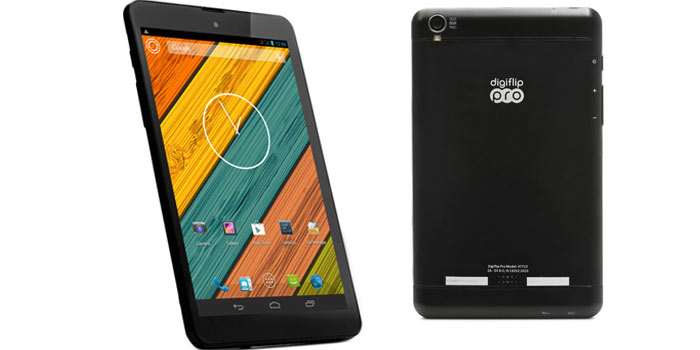 Also, if you don’t mind looking ridiculous holding a 7-inch tablet to the side of your face, then the 3G-capable Digiflip delivers voice calling support as well as a couple of SIM card slots. It’s next two best features cover its quad core processor (admittedly not Qualcomm’s) and 5MP main camera with flash support. Oh yes, you even get about 8 hours of talk time from its 3000mAh battery.

Now that we’re done with the best things about the Digiflip Pro XT 712, let’s spare a glance for what we consider to be its worst attributes. The exterior is so plain, boring and forgettable, it’s not a tablet you’d buy for the looks. Additionally, there’s only Jelly Bean onboard and no assurances about when this chunk of Android will get its KitKat update.

Here’s the link to the product page from where you can order the Flipkart Digiflip Pro XT 712 in case you’re interested.