Joining the small, but growing population of affordable Android KitKat smartphones in India is the Intex Aqua Curve Mini. The Aqua Curve Mini is an entry-level one like most other devices running on version 4.4 of Google’s mobile OS and it’s priced at Rs 7290.

Many OEMs are rushing to get smartphones preloaded with Android 4.4 KitKat in bid to attract buyers. The Intex Aqua Curve Mini is the third addition to feature the latest OS and is basically has a lot in common with the Aqua i14 and Aqua N15, design- and specs-wise. The new addition is basically targeted at the youth and students. 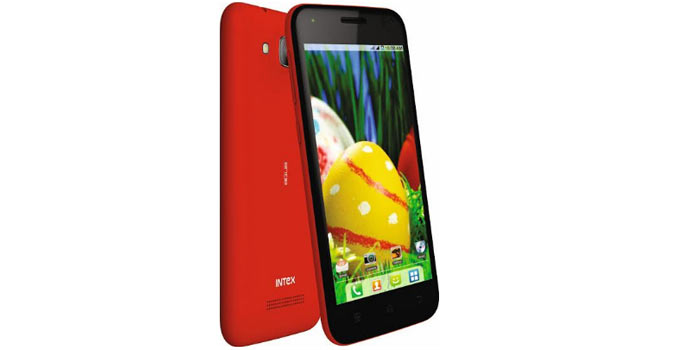 To make the smartphone more attractive, the company has coated it in a bright red shade and you can expect it to come in other color options as well. Since it falls under the Rs 8000 price range, it’ll have to go up against numerous handsets including the Moto E from Motorola, the stylish Iris X1 from Lava and Micromax’s Unite series.

Where hardware is concerned, there’s nothing unpredictable here. The phone dons a 4.5-inch FWVGA IPS display and a 2MP camera on the front. The rear, on the other hand, has an 8MP snapper and an LED flash. On the inside, you’ll find a 1.3GHz quad core processor, 1GB of RAM, 4GB storage, a microSD card slot, dual SIM card slots and 1500mAh battery.

The Intex Aqua Curve Mini will go on sale in tier two and three cities across India at the aforementioned price.