The Fitbit Blaze has arrived in India, a few months after making its debut at the CES 2016 back in January. The smartwatch is up for purchase exclusively over at Amazon with its price set at Rs 19999.

The customizable Fitbit Blaze comes in small and large sizes and is being sold in India with the rubber band option in 3 colors namely black, blue and plum. The wearable allows users to keep track of their heart rate continuously and automatically detects when they’re sleeping or participating in some activity. 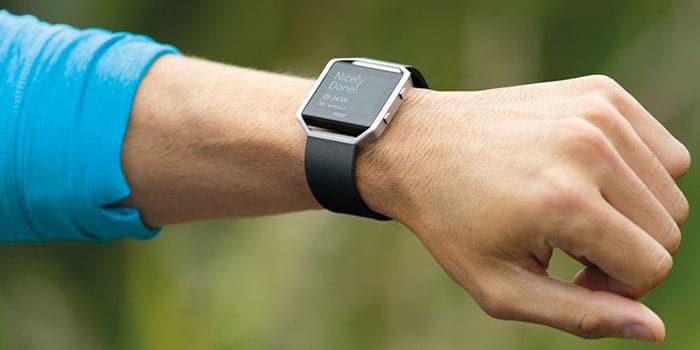 Some of these sports include biking, cross training, running and cardio. Consumers further get a complete summary after each workout. The brand’s smartphone app also syncs with the device to tell them how far they’ve come with regards to their fitness goals. Like other smartwatches available in the market, the Blaze records the number of steps walked, distance covered and calories burned on a daily basis.

The Fitbit wearable can even act as a personal instructor with the aid of FitStar. The feature gives users step-by-step instructions and images to help them complete the workout. Specs-wise, the gadget ships with a full-color screen which can deliver notifications such as calls, messages and appointments. Users have the choice of utilizing buttons or touching the display to interact with the smartwatch.

The Blaze can apparently last for 5 days on a single charge. It doesn’t come with in-built GPS, which means a smartphone is required to be paired with it in order to map routes and measure data like running statistics. Moreover, it can’t store any songs, with its audio abilities limited to adjusting music controls.

Like we said above, the Fitbit Blaze is available via Amazon India at Rs 19999.