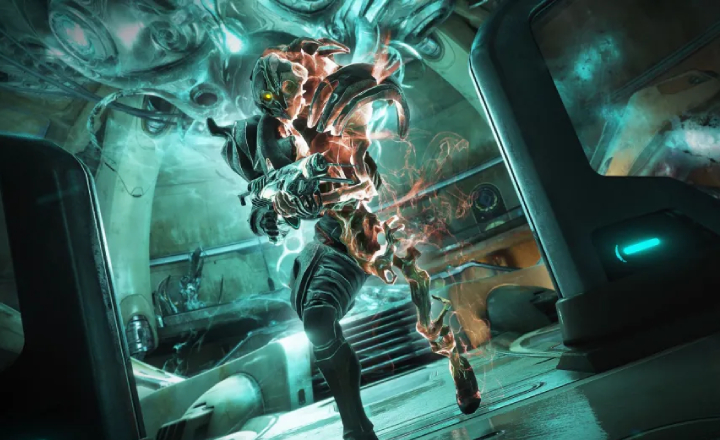 If you’ve been following Warframe, you’ll know that it was recently endowed with the Angels of the Zariman expansion. It’s a successor to the much successful The New War content released last year and includes plenty of new stuff for fans to dive into.

Meanwhile, there’s no news related to when crossplay on Warframe will be made available. Developer Digital Extremes had said at the start of the year that introducing the feature, along with cross-save support, is a top priority for the studio in 2022.

Coming back to the Angels of the Zariman expansion for Warframe, its story picks up right where The New War had left off. The Zariman Ten Zero colony ship that has been a big component of the game’s narrative is where players will have to return in order to stop a haunting song that it’s transmitting into space.

A few of Warframe’s mysteries will be answered through the course. These include how the ship ended up trapped in The Void, what drove parents to turn against their children, and what dangers reside inside the Zariman Ten Zero now.

Apart from the main quest, Angels of the Zariman also includes three new game modes. The first, called Void Flood, asks you to use your parkour abilities to collect Vitoplast scattered throughout the Zariman and use it to seal Void Ruptures.

The second mode is called Void Cascade and is an endless mission where you’re asked to stabilize the rising levels of Void Contamination by purging special machines known as Exolizers. Lastly, there’s Void Armageddon, which asks you to defend Zariman’s Reliquary Drive from endless waves of enemies.

The Angels of the Zariman expansion for Warframe can be downloaded for the free-to-play game on the PS5, PS4, Xbox Series X/S, Xbox One, Nintendo Switch, and PC versions of the game.