Eureka Forbes has broken into the portable mobile water purifier scene in India with Aquaguard-on-the-Go which has been launched for Rs 595. It’s actually much more exciting than it sounds, if you’re concerned about drinking water packaged in plastic bottles that causes so much damage to the environment.

Now don’t get us wrong, the Aquaguard-on-the-Go isn’t a permanent solution to potable water shortages and it is built mainly out of plastic too. But the company says that it can stop you from buying almost 500 bottles containing 1 liter of water. So it sounds like this simple equipment should be able to filter 500 liters for you. 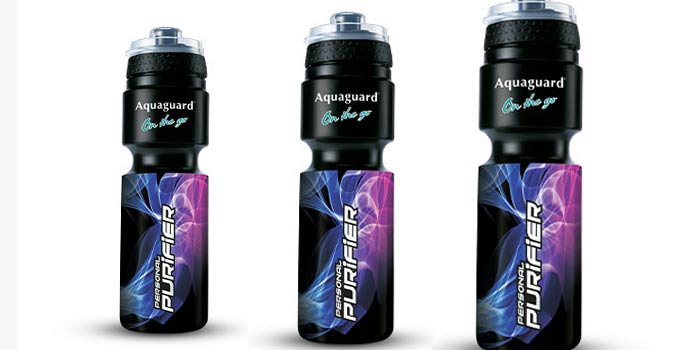 The portable purifier comes with a special cartridge which not only cleans the liquid you pour into it, but also has a Natural Shut-off mechanism that automatically reduces the flow of water so you know when the filter needs to be changed. The said feature makes the provided tech specs pretty confusing since Eureka Forbes claims that you won’t need to buy at least 500 bottles of water if you use this device.

If the cartridge can be changed every time it wears out, then the mobile purifier should technically clean more than 500 liters of water, right? We’ve got in touch with the company’s PR rep and will update our post on this point as soon as we hear back from them. Aquaguard-on-the-Go is apparently capable of removing 99.9% bacteria and virus from water and also reducing chlorine or other impurities.

Here’s the product page for Eureka Forbes’ Aquaguard-on-the-Go. If you’re looking for an alternative to this one, then the Lifestraw can also be found on various retailer sites including Amazon India.