Acer mentioned its first ever smartwatch, the Liquid Leap in passing along with the 5-inch Liquid Jade phablet it also plans to launch in a couple of months. With the barrage of tablet and laptop announcements Acer made at its recent event in New York, it’s surprising that the company chose to let these two slip by almost unnoticed.

Very little is known about the Acer Liquid Jade as well as the Liquid Leap at present. PC Advisor who was at the event, managed to snap some pictures of these two devices. With regards to the handset, the company proudly declares that it has only curves and no sharp corners. The front face is taken by a 5-inch touchscreen which is protected by a layer of Corning Gorilla Glass. 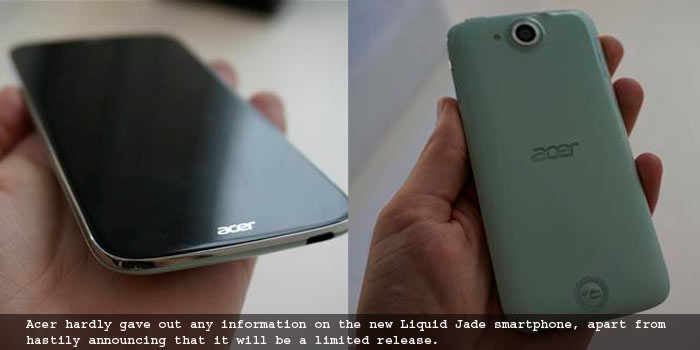 The handset runs on Google’s Android mobile OS, of course. In keeping with the smartphone’s name, its back panel is colored in the shade of light green that we like to call jade. Next comes the Liquid Leap that users may be able to pair with other Acer devices apart from the Liquid Jade.

The smartwach seems to mainly serve the purpose of keeping tabs on your health and fitness activities. The 17mm band looks decidedly unimpressive to us, though it will pack in an ‘easy messaging’ feature. Both gadgets are expected to be launched as limited releases sometime between late July and early August 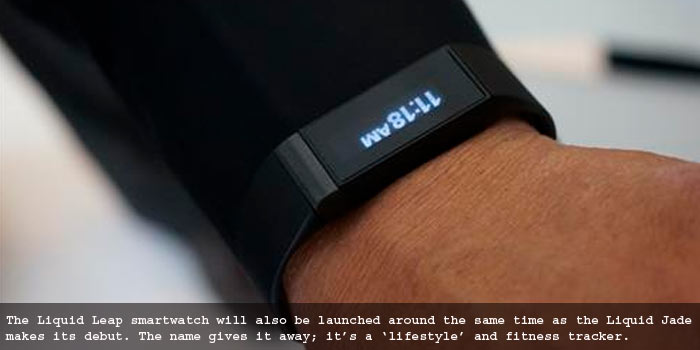