Disney and Microsoft have partnered, and have started offering a range of mobile games spanning a range of different genres free of cost to those using Windows Phone devices. The list includes a number of popular offerings like Where’s My Water? and more.

This promotional offer from the two companies will remain active through June 17, so those in the possession of Windows Phone handsets should grab them before that. These free games are around $17 in value if their usual prices are added up. 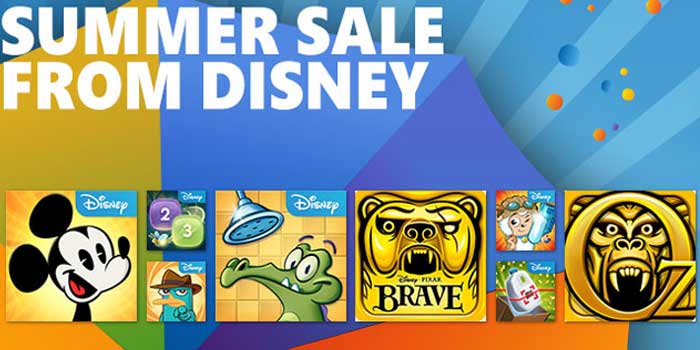 First among them is Where’s My Water?, the original popular Disney game that spawned an entire series. It’s a puzzle offering that asks you direct water through mazes towards an alligator. And then there’s Where’s My Perry? which is an extension of the same concept, but features Perry the Platypus from the Phineas and Ferb cartoon series.

Other games like Where’s My Mickey? and Where’s My Water? Featuring XYY too are essentially based on the same puzzle concept, and are included in the list of free games for Windows Phone devices. If you like endless running games, you most definitely will have heard of Temple Run.

That title’s two major spin-offs named Temple Run: Oz and Temple Run: Brave – both based on Disney movies – are also being made available for free. And then there are lesser known games like Disney Solitaire, Lost Light and Disne Checkout Challenge as well.

Like we said, this Disney and Microsoft initiative of offering free games to Windows Phone users is only supposed to last until June 17, so owners of these devices shouldn’t miss this opportunity and hurry up with their downloads.