When a company like OnePlus arrives in India, and sets up operations within just a short amount of time, it’s quite difficult to create a foolproof service infrastructure for its patrons. This is the reason why there are tons of complaints from customers of the One smartphone in India, regarding bad service for their faulty handsets.

But at least the company is listening. Yes, it has announced that all those affected by delays in getting their devices serviced will be granted a 3-month extended warranty. This offer will automatically get applied to all OnePlus One units that were or are pending right now with service related issues for longer than 15 working days. 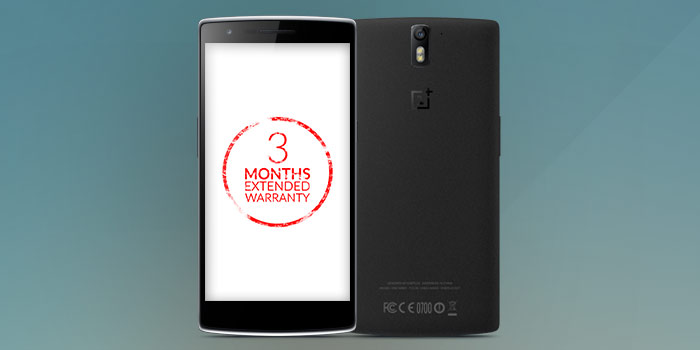 Moreover, this service guarantee will be granted to all those who purchase the ‘flagship killer’ smartphone in the future. And in case you’re one of those who had bought the device through the company’s global portal before it was officially made available in India, the 3-month extended warranty will be provided to you as well.

A quick glance at the main specs of the OnePlus One:

In an apologetic tone, the general manager of the company’s Indian operations, Vikas Agarwal has promised to be ‘patient’ with the issues from here on. The OnePlus One is being sold in India exclusively via Amazon without any invites, at Rs 22000 (64GB) and 19000 (16GB).

Like we said, only those units of the OnePlus One which have suffered from more than 15 days of service delays will be eligible for the 3-month extended warranty.