India’s Internet data coverage cannot be considered as advanced at the moment, as a large part of the population still depends on 2G networks in this day and age of 4G speeds. Google India has recognized this, and has come up with a way to provide faster and lighter web pages that suit the slow Internet speeds in the country.

In two weeks, it will begin rolling out a new feature which will see web pages loading a whole lot faster, while at the same time, they will use far less data than usual. That will of course only apply if you’re using Google Search on an Android phone through its own app, the Chrome app or the now-rare Android browser. 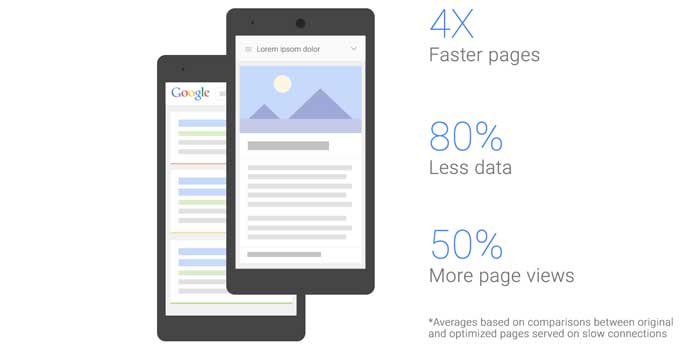 The search giant has already tested this trait in Indonesia and has come up with promising results. Google has observed its new light web pages load four times faster and use a whopping eighty percent less data than before. That’s definitely bad news for mobile operators and great news for consumers.

What’s important to Google however, is the fact that traffic to its web pages increased by more than fifty percent during the tests. It has revealed that users will be given the option of viewing the original page if they wish to. This alternative will be available somewhere at the top of the pages.

So within two weeks, those using 2G networks will have a lot to smile about given Google’s optimization of its search results for slow-speed Internet data. There’s no official release date for this feature which can be quoted right now, but be sure to check out your Search apps two weeks later.