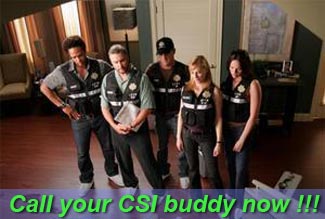 Gameloft has teamed up with CBS Mobile, and announced exciting new mobile game: Crime Scene Investigation, where players have an option of making real calls to get tips, clues and solving the game.

This game is based on the popular CBS TV series CSI, where players have to investigate and solve the crimes in Las Vegas. When players sign onto this mobile game, it gives them an option of activating the feature of making real calls and invites the other players to the crime scene to get help on resolving the case.

“We are very excited to be launching CSI: Crime Scene Investigation with all of its innovative features,” said Gonzague de Vallois, Senior Vice President, Gameloft. “Our mission has always been to push the envelope on game development and we are confident we have succeeded with this game.”

This mobile game will get you engrossed with special features such as 3D engine, where you can closely look at evidence and objects in different angles topped up with interesting laboratory mini games

With these feature, this interesting game gets very realistic and fascinating. The CSI mobile game with the above-mentioned exciting features is currently available via US carriers and is expected to be available for international users soon.