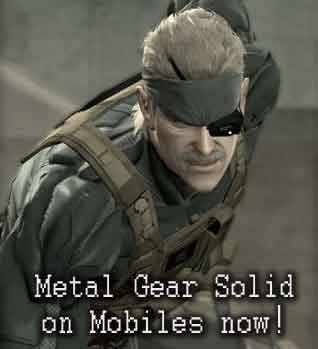 Designed by Kojima Productions, this 3D game gets you addicted with its 3D art display filled with adventure and suspense. The game has been innovatively designed by adding in a feature where one can use their mobile camera and play the game with the same background and when one moves the phone in the air, it will be considered as a movement.

The game involves a character named ‘Snake’ who has to sneak on to the base and examine the ‘Metal gear REX’ and check if it has any faults and as ‘Snake’ progresses further, he has to break out the various secrets. In addition, the game features a lot of surprises with a huge dose of action and adventure.

Users need to shell out $4.99 for monthly access and $10.99 for outright purchase and the latter provides unlimited access. With an array of weapons being available in the Metal Gear Solid mobile game, it delivers a lot of excitement and personalization with the camera play feature.