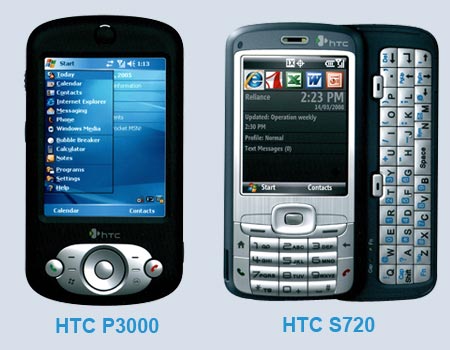 Today, at a press event held in Mumbai, HTC and Reliance Communications announced their newly formed partnership and rolled out the two new HTC mobile phones which will be exclusively available via Reliance.

The two phones that have been launched are HTC P3000 and HTC S720, both of the handsets promise high data speeds, strong email and voice capability. Both the phones run on Windows Mobile 6 operating systems. While, HTC P3000 is to target the high-end internet users, HTC S720 is expected to target the high SMS and email users. 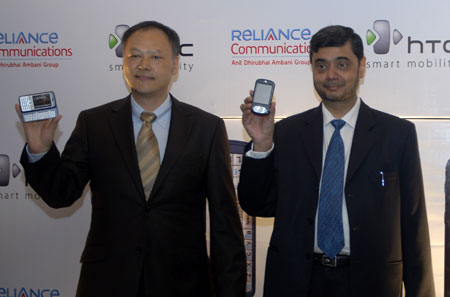 The HTC P3000 is ideal for internet usage with its wide touch screen display. The HTC S720 may initially seem to be like a cute compact normal phone, however, when you slide its lower body sideways, it unveils its QWERTY keypad which is perfect for email and SMS usage.

The black-colored HTC P3000 black phone and the grey HTC S720, both have a 2MP camera and can access PDF, Microsoft Word, Excel and PowerPoint documents.