The Bose QuietComfort 35 headphones have officially made their India debut, just a little while after it was announced internationally. The device stands out from its predecessors by virtue of offering both noise cancellation and wireless technology.

Previous entries in the series only came with one attribute or the other. This new innovation doesn’t come cheap though, since the Bose QuietComfort 35 will set interested buyers back by Rs 29363. Battery life is a big issue when it comes to wireless headphones. The new pair offers up to 20 hours of fuel when both Bluetooth and noise cancellation are used at the same time. 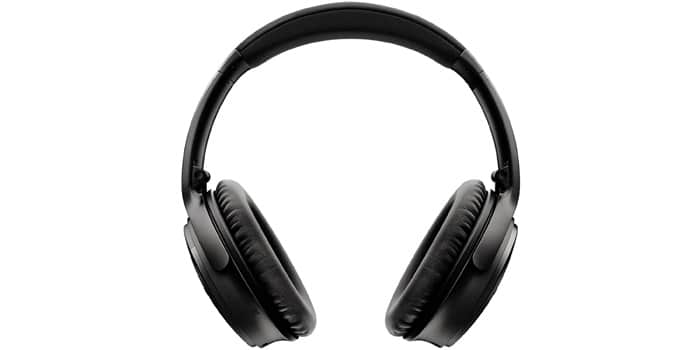 Bose promises that the headset can be made to last for up to 40 hours if the user switches off Bluetooth and utilizes the cable. The company is one of the best in the business when it comes to noise cancellation, with the brand even claiming that the new product has been designed to conduct calls in crystal-clear clarity even in the face of windy environments.

The QuietComfort 35 has also been equipped with volume-optimized EQ to guarantee a balanced audio performance at any volume. The company has also launched a range of other headphones in India alongside this one. Music enthusiasts get to choose from the new Bose QuietControl 30, the SoundSport Wireless, and SoundSport Wireless Pulse.

The first is priced at Rs 26438 and offers in-ear noise cancellations skills. The latter two cost Rs 13275 and Rs 17663, respectively, and are aimed at fitness freaks who want headphones with sweat and water resistance, in addition to a cool built-in heart rate monitor.

Once again, the Bose QuietComfort 35 will set you back by Rs 29363 and is set to be available soon.