It’s been more than fifteen years since the Winamp media player was launched and now AOL is ready to sell it to Microsoft. But the deal hasn’t reached its final stages as yet and both parties are still negotiating the right price or whatever it is that the latter actually wants from the other.

Because Microsoft has clearly not done the best job ever with regards to such software. Zune is dead and the company has been focusing on getting Xbox Music into ‘the scene.’ It is also eying AOL’s Shoutcast according to the story; meaning everyone is wondering where the media player or internet radio service fit into the jigsaw puzzle. 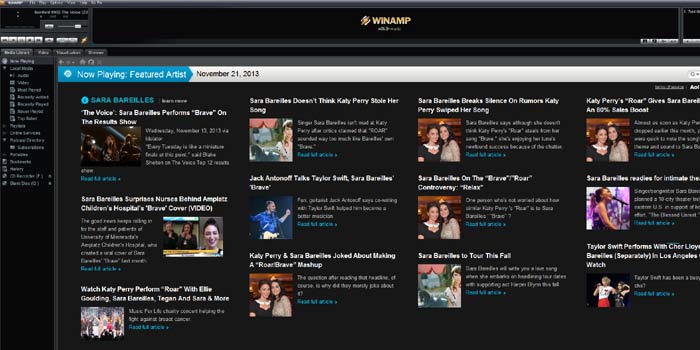 Is there a chance that Redmond is simply after the talented folks behind these products? TechCrunch who reported this news claims to be incapable of untangling the mystery at present. But it does have a thing or two to say about AOL’s willingness to give up the player most of us grew up with on our PCs.

AOL is supposedly not very keen to keep playing in the fiercely competitive music business. It is aiming to spend all its resources on web publishing and already owns a number of famous sites. The company is mainly interested in everything to do with advertisements and the way they are delivered as well as measured.

So all you Winamp fans can kiss goodbye to this media player and services related to it. The date on which the show will be shut down is December 20. Forget about downloading its latest version. Instead, check out alternatives like Apple iTunes, VLC and the one that comes with the Windows OS maybe.