The population of India and China’s mobile phone users practically share the figure 1.22 billion in common. That’s right, the user base for handsets in the third largest country in the world stands second to none when it comes to sheers numbers.

The number of mobile phone owners in the nation had managed to touch the 1.11 billion mark in by the end of 2012. The news of it reaching 1.22 billion is as per estimates made at the close of October 2013. This means there was a growth of 10 billion within a span of just 10 months. 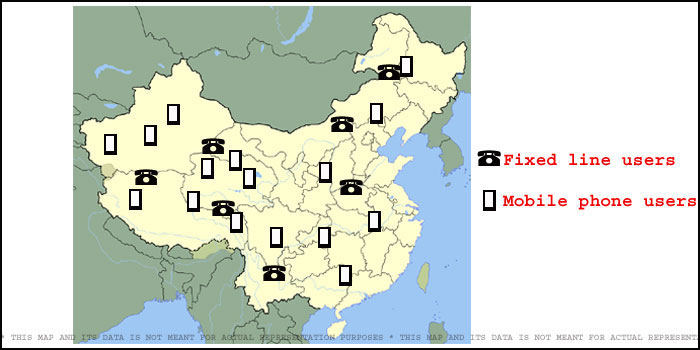 The Economic Times reports that 817 million, or 67.19%, of Chinese users have access to the web. Out of these, 34.5% are on 3G networks. The provinces of Henan, Guangdong and Sichuan were apparently the ones to clock the highest increase in cell phone ownership during the period in question.

When the iPhone 5S was announced, China was on the list of regions in which it was set to roll out in the first phase of launch itself. The thing is, the country’s appetite for high-end smartphones has grown. Take the Xiaomi Red Rice, Oppo Find 5, Gionee Elife 6 or Meizu MX3 for example.

A company like Apple cannot afford to ignore such a huge market just because cheaper alternatives flood it. For some, brand value will still be a greater attraction than a comparatively low price tag. China’s Ministry of Industry and Information Technology reveals that mobile users form 81.9% of overall phone users.

The country had a population of around 1.35 billion in 2012. Smartphone makers who choose to stay oblivious to these figures clearly have a lot to lose here.