BlackBerry has called off its annual developer conference for 2014 in a move that has been painted as the company’s ongoing efforts to steer clear of troubled waters. The Canadian manufacturer has been going through a series of downs and downs over the past couple of years and it looks like its new CEO, John S. Chen, is at the helm of attempts to introduce an image makeover.

Just like Microsoft, BlackBerry seems all geared up to shift most of its focus towards software rather than hardware. It’s doing well with BBM and we haven’t heard of any upcoming device releases of late. According to the company’s official blog post, it will be arranging a number of smaller, targeted events over the next year or so. 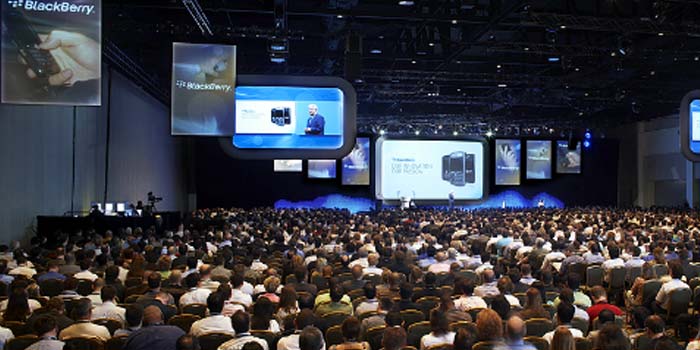 These conferences will be convened all across the globe and they will be tailored to meet the needs of specific developer, business and partner audiences. It won’t be one big BlackBerry Jam or BlackBerry Live show anymore. As the brand puts it, the specially designed events ‘will allow you to get the most out of your attendance.’

BlackBerry Live first came about as the Wireless Enterprise Symposium (WES) in 2002. Catchy name *insert sarcasm*, wasn’t it? 12 such conferences down the line and this is what the company has come down to. The events were generally about BlackBerry’s future plans and roadmaps. There’d also be a demonstration or two, of course.

The company has put those days behind it. Nothing very specific about the upcoming shows has been mentioned, but let’s hope it’s not because there’s nothing to talk about.