Home Samsung Samsung Galaxy Core Advance to be launched in India in the second...

Apart from the Galaxy Grand 2, Samsung plans to launch another smartphone that goes by the name of Galaxy Core Advance in India. As is pretty obvious, the phone in question plays successor to the Galaxy Core and Core Plus and comes across as a mid-range device that has a decent set of components hidden under the hood.

The Core Advance was launched only recently and there’s hasn’t been an official announcement for its arrival in India. But the gadget has shown up on an online retailing website which says that it will be up for sale in the second week of January. The price of the phone has not been mentioned. 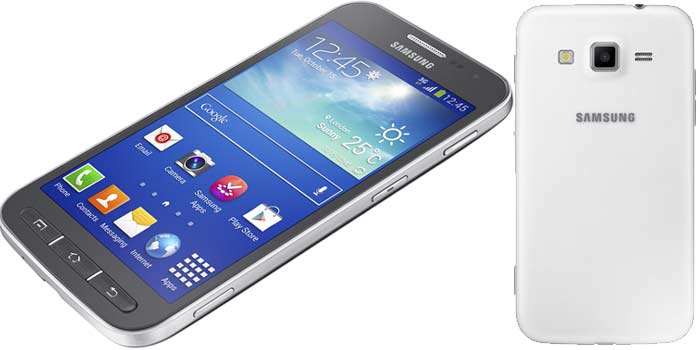 On the front panel of the chassis, you will find a 4.7-inch WVGA TFT touchscreen, while its rear side has a Soft Feel coated back cover that makes it durable and gives users a better grip on the phone. A VGA webcam has been tossed in for video conferencing purposes and a 5MP camera lets you capture memories in the form of images and videos.

Moreover, it comes packed within an exterior measuring 133.3 x 70.5 x 9.7 millimeters and tips the scales at 145 grams. A 1.2GHz dual core processor fuels the Core Advance from within and seeks assistance from 1GB of RAM. The Android Jelly Bean 4.2-based handset even employs a 2000mAh battery for long usage time and its 8GB internal storage capacity can be increased further by up to 64GB. 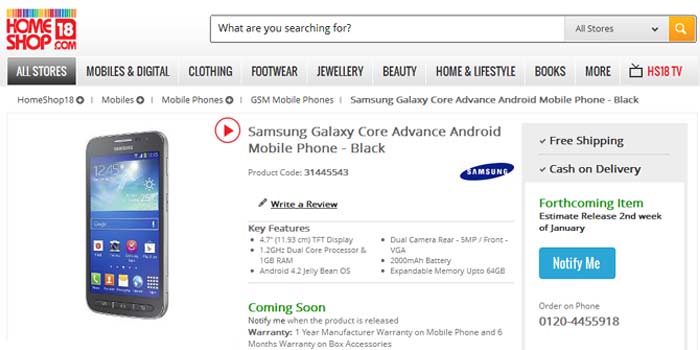 The Samsung Galaxy Core Advance has currently been listed on Homeshop18.