The Asus Fonepad 7 which has been launched in India for a price of Rs 8999 is confusingly named see as the previously released dual SIM ME175CG or the ME372CG also go by the same moniker. The first mentioned tablet is the 2014 variant announced in April and going by the model number FE170CG.

Running on the Android v4.3 Jelly Bean OS and ready for a KitKat update whenever it’s made available, the Asus Fonepad 7 tablet arrives with a 7-inch display delivering a resolution of 1024 x 600p and 169ppi image sharpness. It embeds an Intel Atom Z2520 processor clocked at 1.2GHz, and dressed with Hyper-Threading technology just in case you need to do any heavy lifting. 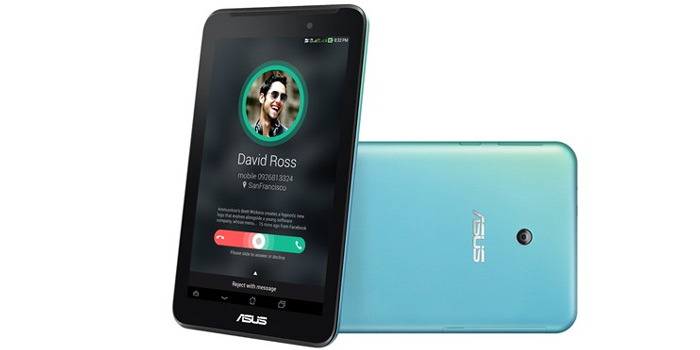 Don’t be fooled by the references to ‘multi-core’ and ‘2 X 2’ in the Fonepad 7’s features list. You’re still getting just two physical cores at the end of the day and performance boosts may be visible only when playing games and watching high definition videos on the tablet. The device works with merely 1GB of RAM and promises up to 10 hours of average use owing to its 15Wh Li-polymer battery.

The Fonepad 7 Dual-SIM tablet has the company’s home-brewed ZenUI baked into its OS and this brings more than 200 tweaks to the Android platform on which it runs. It can be connected to 3G HSPA+ networks and is fully capable of voice calling just like a regular phone. The Rs 8999 price we’ve talked about above is for the version with 4GB internal memory. You can expand the storage by 64GB and Asus is also offering free cloud space to buyers. 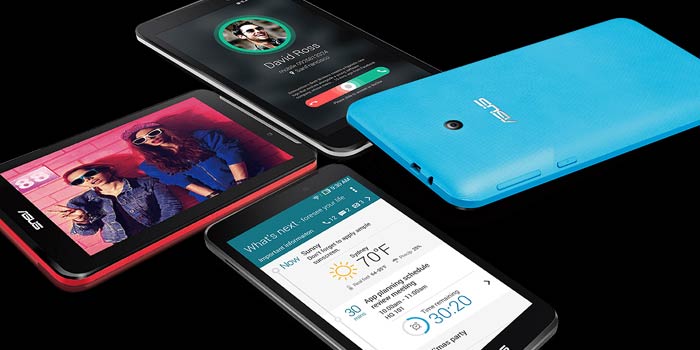 The Asus Fonepad 7 has already been made available in India in color choices of white, red, black and blue.