New evidence suggests that aliens are communicating with us through radio signals and according to the scientists concerned, they’re saying ‘187.5’. At least, this what radio astrophysicists who have been observing this phenomenon since 2008 have concluded.

As part of a German-US collaborative project, Michael Hippke and his colleagues have been using radio telescopes located at Parkes, Australia and Arecibo, Puerto Rico to study 11 radio signals called Fast Radio Bursts (FRB) of supposed extragalactic origin. These pulses which were first observed in 2001 are of high intensities. Based on their Dispersion Measure (DM) value patterns, the researchers propose that the FRBs could be artificial and ‘non-human made’. But the scientists emphasize the need for more observations which could support or refute their current conclusions. 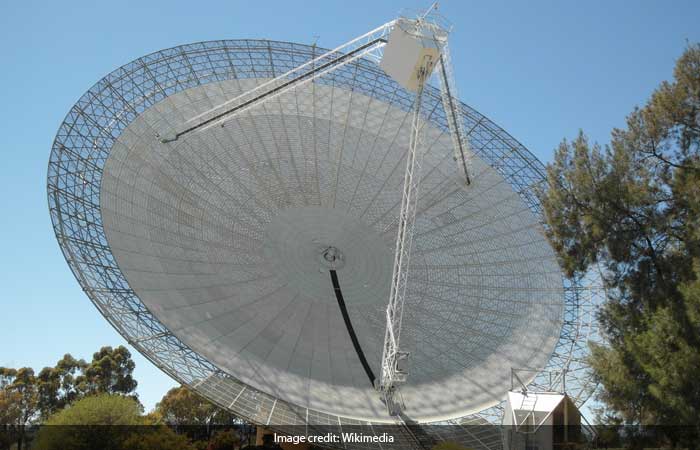 Radio waves are emitted by neutron stars like pulsars or magnetars in a continuous manner. FRBs are peculiar in the sense that they are produced as powerful waves but last for short periods. The distance of the source of FRBs can be estimated using a unit known as Dispersion Measure (DM). As the radio waves pass through space, they randomly collide with electrons which delay their time of detection on earth. DM quantifies this time lag in terms of distance. Interestingly, all the DM values of the 11 FRBs are in common multiples of the value 187.5cm-3 pc (1pc=1parsec=3.26 light years) such as 375cm-3 pc, 56cm-3 pc and 1125cm-3 pc.

While speaking to Forbes, Hippke said that this finding could mean each of the 11 radio signals are being transmitted from separate and equidistant locations, several billions of kilometers away from each other. But according to the scientists, the likelihood of this occurring is 5 in 10000. An alternate theory is that the FRBs are emitted from within our galaxy and generated in small pulses of high and low intensities. Both these theories are however not explained by current models of radio astronomy. They suggest a novel idea which speculates about these FRBs being synthetic in origin and possibly produced by human- or alien-made devices.

The scientists have published their data in the online open access website, ArXiv. Though the existence of extraterrestrials is still a hot topic, this new evidence definitely adds ammunition to alien life theorists’ arguments.