Home Other Brands ZTE Q519T gets unveiled in China with huge 4000mAh battery and Android...

The ZTE Q519T has been officially launched by the Chinese OEM and for now, the handset looks to be confined for sale within its hometown only. What makes the device so special is that it comes with Android Lollipop out of the box and also packs a large 4000mAh battery with a price tag of under $100.

For around that amount, we’ve seen one too many budget handset with large batteries go on sale especially in India. Well, the ZTE Q519T does have the upper hand and its hardware is to be thanked for that. The phone basically falls in the mid-range segment with a decent roster of specs. Android 5.0 Lollipop is coated with the company’s own custom UI. 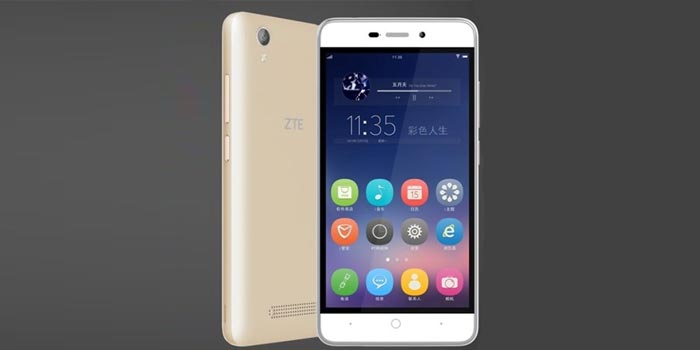 And the OS is displayed through a 5-inch 720p HD IPS LCD touchscreen that’s under the protection of Corning Gorilla Glass 3. The main hardware comprises of a 1GHz quad core 64-bit MediaTek MT6735 processor with Mali-T720 graphics, 1GB RAM and 8GB of expandable storage.

Also read: One glance is all just what you need in order to unlock this ‘iris-scan’ smartphone

The 4000mAh battery is clearly the selling point of the ZTE Q519T. According to Softpedia, the power pack is capable of delivering up to 35 days of standby on a single charge. The Q519T can also be used as a power bank to juice up other devices over USB OTG.

The ZTE Q519T is on sale for $95 which translates to approximately Rs 6000. There’s a good chance that we might see the phone reach India considering that the company is attempting to establish itself in the country once again.