A new ultra-light Creative Sound Blaster JAM wireless headset has been launched in India by the Singapore-based company, and it’s set to be made available soon at Rs 3499. It supports Bluetooth 4.1 audio streaming, allowing users to listen to music by establishing wireless connectivity with their smart devices.

The Creative Sound Blaster JAM comes with comfortable ear cushions, and is claimed to possess a long battery life. It features controllers on the earcup, making them easy to be accessed. This new device houses Neodymium drivers, and even brings with it a built-in microphone with noise reduction and acoustic echo cancellation abilities. 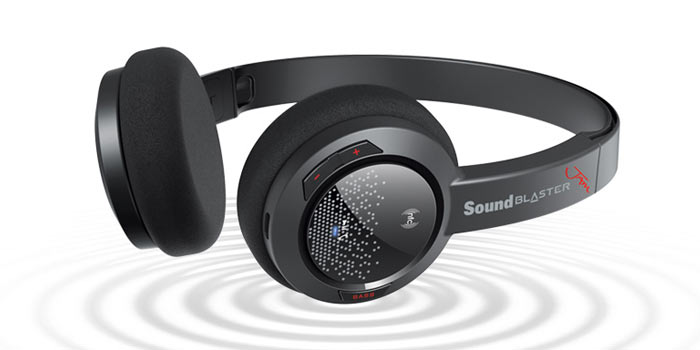 Although it is primarily a wireless offering, it can be connected to PCs with the help of USB cables. Thanks to its Sound Blaster’s SBX Pro Studio enhancement, it’s able to deliver uncompressed digital audio playback. The energy efficient Sound Blaster JAM headset is capable of providing you with up to 12 hours of wireless playback. There’s a special Bass button present on its earcup for one-tap bass enhancement.

Last December, Samsung released its Gear Circle wireless headset in India with a price tag of Rs 5599. It supports Bluetooth 3.0 connectivity, and boasts of being splash-resistant. This device too offers a long battery life of around 11 hours. Apart from usual functions like calling and listening to music, it can also be used to wirelessly send commands to Samsung’s S Voice utility for it to perform several activities on the user’s smartphone.

The Creative Sound Blaster JAM wireless headset will be released in India this month at its above mentioned cost of Rs 3499. It will be sold via online retailers like Snapdeal, Amazon and Flipkart.