Twitter may have been been nervously toying with Direct Messages since 2013 because of the many uncomfortable scenarios it can create. Now the company appears to be desperate enough to try anything in order to keep its users engaged. It doesn’t matter that its newest roll-out allows absolute strangers talk to each other or possibly, someone to stalk another user on the site.

What are privacy controls for anyway? Twitter appears to be really anxious about not being included in the messenger space and Direct Messages may be its golden ticket. The feature lets anyone speak to another user here even if the two parties are not following each other. Previously, you couldn’t chat someone up privately unless you were following them and they were in your followers’ list too. 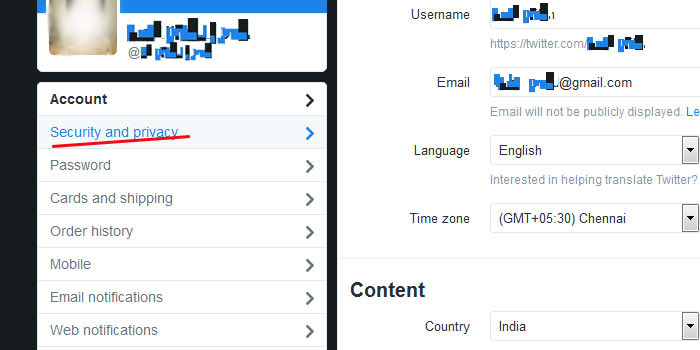 In order to enable the new feature on Twitter, you have to go to Security and Privacy from the Settings tab. At the very bottom of the page, you’ll see a Direct Messages section (pictured below).

Once you give your consent, anyone from the micro-blogging social media website’s 288 million or so users will be able to contact you privately. The facility is off by default in order to prevent any possible backlash about the company’s privacy policies. 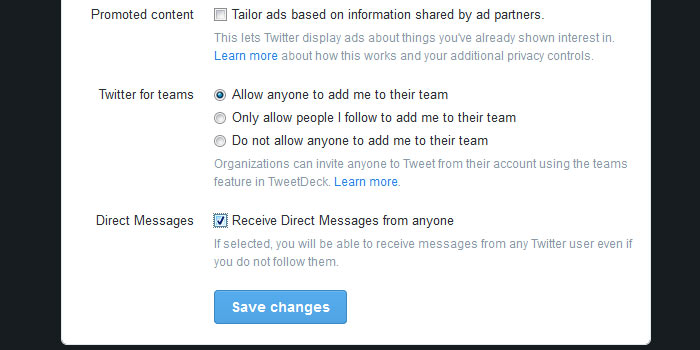 The changes are not just coming to the desktop version of the site. The Twitter app for iPhone and Android are being treated to a special button for easy access to Direct Messages. It appears on the profile page itself.

What if you want the private chatting option, but wish to stop receiving messages from a particular person? You are given the choice to block that individual from within a tweet or by going to his or her profile page. 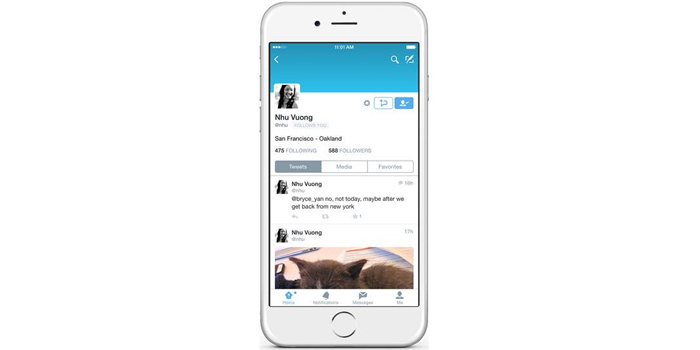 It looks like Twitter wants to try its hand at something similar to Facebook Messenger with Direct Messages. For some reason, the company doesn’t seem to have hit the right combination yet even with this private messaging tool.