Every now and then, an entry level handset like the Karbonn Alfa A120 gets launched in the Indian market to remind us that millions amongst us are still migrating from feature phones to basic Android devices and a price tag like Rs 4590 might be its key selling point. Like standard handsets in the low-end range, it has dual SIM slots and some very uncomplicated features.

The Karbonn Alfa A120 embeds 1.3GHz dual core processor which is mostly likely to be of MediaTek origin. It has just 512MB of RAM aboard and 4GB of ROM. Those who may fall short of storage space have the option to add up to 32GB of extra memory via the in-built microSD card slot. A 4.5-inch FWVGA display with IPS technology can be found on the front panel. 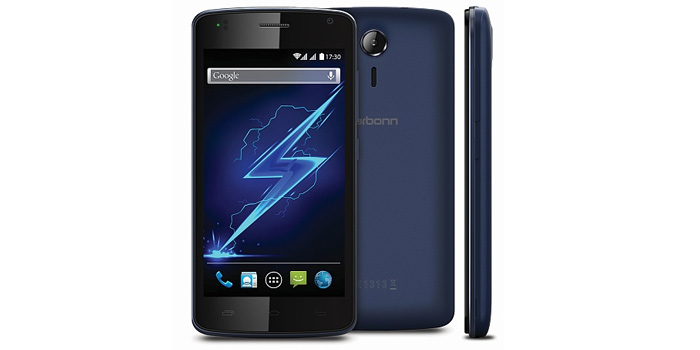 The camera decorating this Karbonn phone‘s back panel makes a good impression on paper, considering its 5MP resolution. The Alfa A120 even manages to fit a VGA webcam above it touchscreen. Catering to the audience it hopes to reach, the device offers support for up to 22 different Indian languages.

It runs on the Android 4.4.2 KitKat OS and is powered by a 3000mAh battery. Users may be able to squeeze about 18 hours of talk time out of it. The Alfa A120 handset is capable of connecting you to 3G networks, Wi-Fi, Bluetooth and GPS. Several entertainment, utility and shopping apps have been pre-installed onto it.

Karbonn Alfa A120 specs at a glance:

Although the Karbonn Alfa A120 is supposed to have hit retail and online stores already, we couldn’t find it on any e-commerce sites at the time of writing this post.