The Redmi Note 5 Pro was supposed to get a software update to support Xiaomi’s new Face Unlock feature by the end of March. The company has now surprised everyone by announcing that it’s already rolled out the feature.

Xiaomi Product PR Lead Clinton Jeff broke the news on Twitter, posting a screenshot of the Redmi Note 5 Pro’s software update page. He says that anyone who managed to buy the handset on launch day will see an upgrade to MIUI version 9.2.4.0 NEIMEK waiting for them when they open the box.

MIUI v9.2.4 brings with it camera enhancements, better system stability, and access to Face Unlock. Xiaomi made a big deal out of the addition of the biometric authentication method at the phone’s debut, claiming that it could unlock the smartphone within 0.2 seconds. 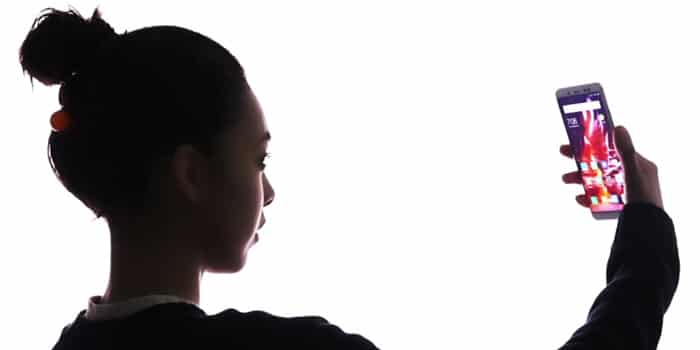 There are a couple of caveats though. First of all, Xiaomi’s facial recognition technology is nowhere near as advanced as the Face ID system made famous by Apple. The company’s system relies on the 20MP front-facing scanner to get the job done in place of dedicated hardware like the ones found on the iPhone X.

Secondly, Xiaomi itself warns against the reliability of Face Unlock in the tool’s setup process. The page clearly states that it’s not as secure as a PIN, password, or pattern. The device might get fooled by a photo or people and objects which look similar to the owner. Users will also have to make sure their face is well-lit and isn’t obscured. 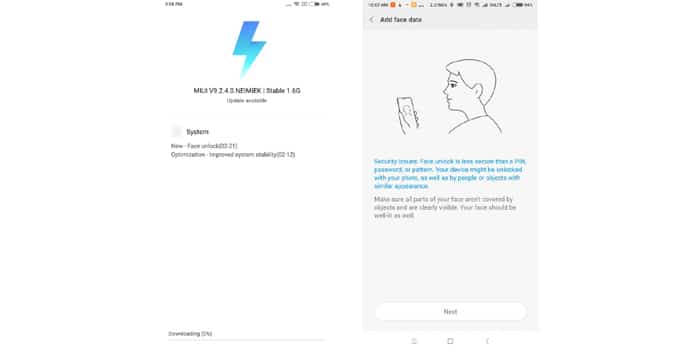 The Redmi Note 5 Pro’s second sale will go live on February 28 via Flipkart and Xiaomi. It’s priced at Rs 13999 for the 4GB/64GB option and Rs 16999 for the 6GB/64GB one. The firm managed to sell 3 lakh units of the phone and the Redmi Note 5 combined in under 3 minutes during the first sale.