Idea Cellular is going after rivals Reliance Jio and Airtel by launching its very own cashback offer worth Rs 2000. The scheme is live at the moment and is set to go on till April 30.

While Reliance Jio’s Football Offer and Airtel’s Mera Pehla Smartphone deal are limited to a select list of handsets, Idea doesn’t have any such restrictions as its initiative is applicable on any new 4G phone. Plus, both prepaid and postpaid customers can join in, unlike the others which are only valid on the former.

To get started, subscribers will have to recharge their phones for a total of Rs 6000 spread over the course of 3 years. They’ll have to pay Rs 199 every month for 18 months in order to get Rs 750 as cashback. The remaining Rs 1250 will be handed over once the next 18 months are over and done with. 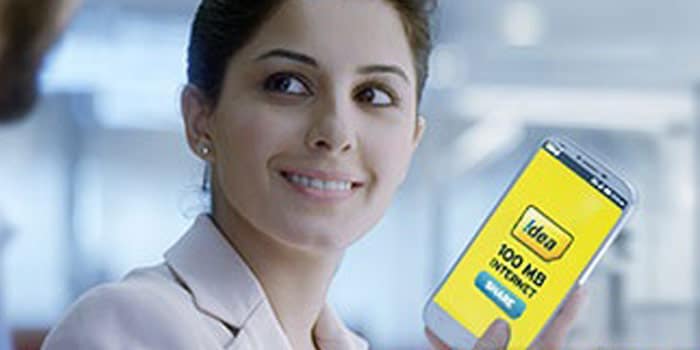 Basically, users will have to commit Rs 3000 for the first 18 months and then another Rs 3000 for the last 18 months to get Rs 2000 back at the end of 3 years. That’s a lot to ask for, but might work out for someone who’d prefer to stick to a steady plan and phone for 3 years. The cashback is supposed to be credited in the form of talk time.

Things are mostly the same for Idea customers on postpaid plans. They’ll have to opt for the telecom operator’s Nirvana voice combo pack which starts at Rs 389/month for the entire 3-year period. Rs 750 will be credited against their bill at the end of 18 billing cycles and the remaining Rs 1250 at the end of 36.