The Xiaomi Redmi Note has taken quite a long time to make its way into India, but it’s here nonetheless and is all set to go up for sale on December 2 for the first time. It will of course, be sold exclusively through Flipkart using the Chinese company’s famed flash sales model.

While the regular 3G version of the handset will be made available at Rs 8999, the Xiaomi Redmi Note 4G will be seen going for Rs 9999. However, the latter phone will begin its journey in India a little late, in the second half of December this year. It will come equipped with the MIUI ROM based on Android 4.4 KitKat and will run on a 1.6GHz quad core Snapdragon 400 processor. 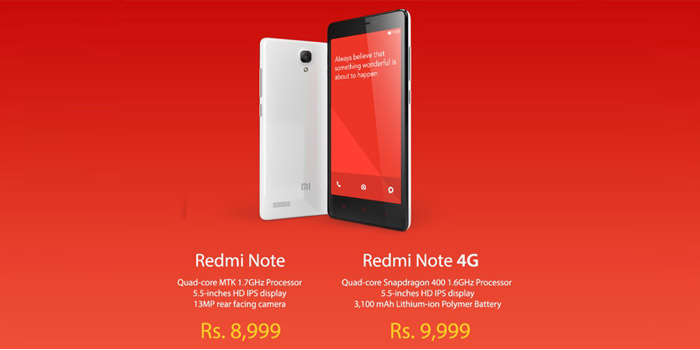 Moreover, it will be vended as part of a partnership with Airtel. So Flipkart as well as the telecom operator’s very own shops will be selling it once it’s due for release. The 3G Redmi Note which is to be made available on December 2, will have registrations for it thrown open on November 25 at 6pm.

This variant of the Xiaomi phablet kicks in a 1.7GHz octa core MediaTek processor, while it also grabs the old Android 4.2 Jelly Bean-based MIUI ROM. The rest of the key specs of the device remain in line with those of its 4G cousin.

Here’s a neat look at the specs of the Xiaomi Redmi Note:

Follow this Flipkart link tomorrow if you’re interested in registering for the December 2 flash sale of the Xiaomi Redmi Note.