Home Xiaomi Xiaomi working on its very own GoPro alternative to take on HTC...

You can count on Xiaomi to come with sturdy products that eat up the market demand of similar and prominent offerings owing mainly to the fact that they are priced excessively low in comparison. After HTC introduced its own RE camera recently, it’s now the Mi 3-maker’s turn to come up with its own GoPro alternative.

We also have an idea of what the price of this Xiaomi action camera could be. As revealed by GizChina, this device will be sold for CNY 999, which translates to Rs 10000 or around $165. According to the mockup image posted in the space below, the form factor of this Xiaomi product will be pretty similar to that of the GoPro, unlike the HTC RE which took a completely different route in terms of design. 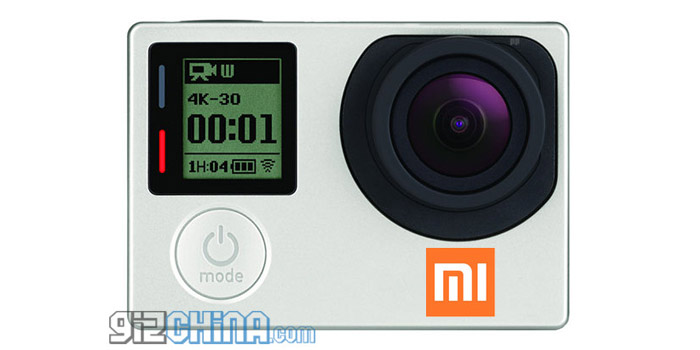 It’s believed that this snapper will come fitted with a 138-degree wide angle lens which is a must for such cameras. SD card storage will be available on it, while you will indeed be able to shoot 4K footage at up to 30fps speed. Moreover, support for 1080p videos at 120fps will also be available at your disposal.

It was only last month that HTC debuted its RE camera which is soon to be made available exclusively via Snapdeal at Rs 9990. This device is shaped like an inhaler and kicks in a 146-degree wide angle lens. Equipped with a 16MP sensor, it can be paired up with Android and iOS gadgets to let you view its images and videos right after you capture them.

We won’t have to wait for long to see the Xiaomi GoPro rival since it’s reportedly slated to be unveiled before the end of this year.