WhatsApp has given users of older smartphones plenty of time to upgrade before it stops offering services to a long list of devices starting from December 31 of this year. The free messenger app which will turn eight years in February 2017, announced this change almost 10 months ago. In case you’re worried about whether or not your handset will support WhatsApp in the near future, scroll down to the list below.

It makes sense for WhatsApp not to continue allocating resources to older platforms and devices at this point, where it has transformed from a simple web-based messaging app to a much more complicated communications tool. Apart from the usual fare like IM and photo/video sharing, it offers voice calling, video calling, document sharing and so on. These are not features that can be supported by low spec smartphones running outdated operating systems. 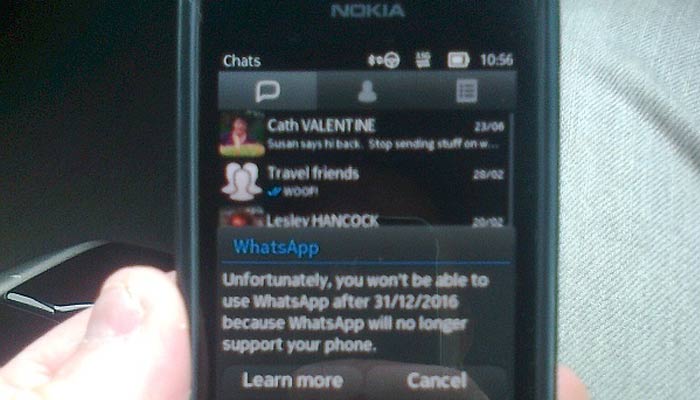 Those using BlackBerry, iPhone 3GS, iOS 6, WP7, Nokia Symbian and certain Android handsets will have to seek an alternative app or upgrade to a newer phone. BlackBerry 10 is not exactly old, seeing as it was released in 2013. But it just doesn’t have a large enough share in the market for WhatsApp to justify developing updates for it.

WhatsApp had previously noted that it would stop extending support to BlackBerry 10, BlackBerry OS, Nokia S40 and Nokia Symbian S60 phones from the beginning of next year. It has now decided to postpone the date to June 30, 2017.