The WhatsApp app for iOS devices has been compatible with the iPhone 6 and 6 Plus since their launch, but it hasn’t really offered the best experience to users. And 3 months after the release of the two Apple smartphones, the developers of the popular IM app is now adding support for them through optimizations which make the tool look neater on larger displays.

So you basically won’t have to deal with the huge look the WhatsApp application had on the new iPhones. The latest version of the app is listed as 2.11.14 and offers nothing new except for the said optimizations. Well, there are a few fixes aboard which squash bugs and prevent crashes, but that’s about it. 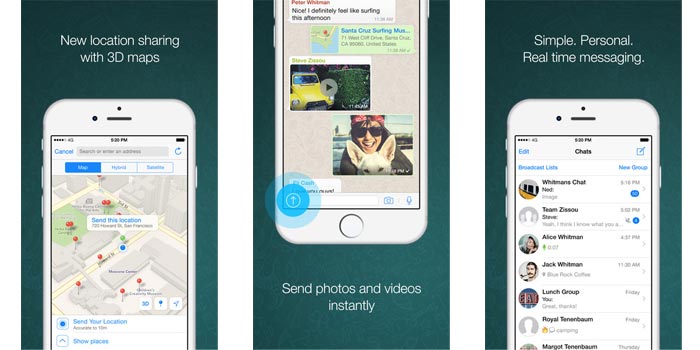 WhatsApp has been making headlines from the past few days. The IM service recently launched a new feature which basically lets the sender know when you read a message. This is portrayed by two blue ticks on the right side of the text or image.

Also read: If you reside in India, no need to pay for WhatsApp for now at least

Well, things didn’t go smoothly after the update as many users took to social networks to raise their concerns over the negative impact the latest addition would have. And in a recent report, it was noted that the upcoming update for the Android app would provide the option to disable this feature. But just like with the option to hide the ‘last seen’ message, this fix will prevent you front seeing whether others have read your messages if enabled.

To get the latest WhatsApp Messenger application for your iPhone 6 and iPhone 6 Plus, head over to the Apple App store.