Twitter has decided to revamp Vine for Android with some new functions after Facebook turned Instagram into a competitor of the former’s app by introducing the video recording feature. The developers announced through their official account on the popular micro-blogging website that the update has already been rolled out.

On downloading the version 1.1.0, Google OS users will notice the addition of a dedicated bar which can not only be employed for the purpose of looking for friends and other subscribers, but also for searching hashtags. And all the social butterflies out there will be delighted to hear that the overhauled app allows them to show off their 6-second movie making expertise on Facebook as a sharing option for this web portal has been added to the program. 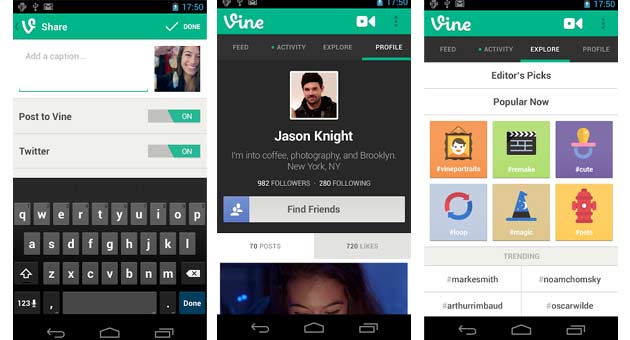 Issues related to capture speed and the quality of videos recorded using an Android device have been given a rest and users should experience a faster response. Audio and video synchronization has been improved to a great extent as well. Also, it goes without saying that the publishers have fixed bugs that were hampering the utility’s working.

And if that’s not enough, certain elements of Vine for Android’s user interface have been enhanced. The clear cache option was missing from the program all this while and the company has decided to add it to the upgraded version. It can now be found in the Settings menu. 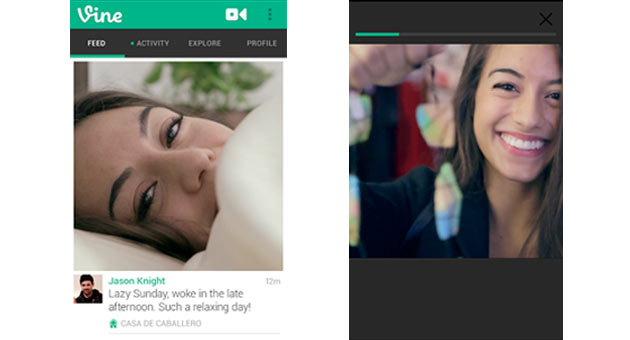 For refresher’s sake, the application in question allows people to capture clips of not more than 6 seconds in length and share them on various social networks. Subscribers can upload unlimited videos and take a look at trending posts or editor’s pick. It is even available for gadgets based on the iOS platform and some of the aforementioned features were already introduced for this edition.

The Vine for Android app can be downloaded from the Google Play store for free. It is compatible with Android tablets and phones running Ice Cream Sandwich or later platforms.