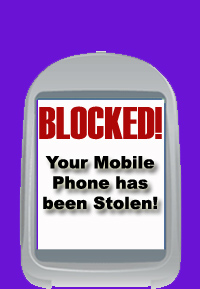 UK’s Mobile Industry Crime Action Forum (MICAF) has disclosed that it has achieved a milestone for all reported stolen phones that were blocked from the host phone networks within 24 hours. As a result, 98% stolen mobile phones were found across all UK networks within 48 hours.

In the month of November 2006, the stolen mobiles were blocked for use across all networks within 48 hours at 50 per cent.

In the month of February this year, the first test of 2006 was achieved by pursuing 90 per cent pass in discovering the stolen mobile phones. Whereas the latest results of the test figures the percentage to be on 98.

In the April month, this year, re-programming of the mobile phone became an offence in UK (to offer or agree with a third party). Initially, the police officers had to have a definite proof to catch someone in the act of re-programming a mobile before arresting them. The new measure was introduced as part of the Violent Crime Reduction Act.

During September this year, the latest surveys and round of tests that were conducted revealed that the mobile phone industry has already exceeded the target to block 80 per cent of stolen phones. The Mobile Phone Industry Crime Reduction Charter agreed between industry leaders and the then-Home Secretary on 28 July 2006.

As a result to the action taken by the MICAF, the figure to the mobile phones that were blocked, now, stands at 98 per cent within 48 hours.

“This test demonstrates the ongoing commitment by the industry to ensure that when a mobile phone handset is reported stolen it is barred. Network operators have again demonstrated the robustness of procedures and processes in place to ensure speedy and timely barring” said MICAF Chair Jack Wraith.

Home Office Minister Vernon Coaker added by saying “These results send a powerful message to anyone thinking of stealing or buying a stolen mobile that it will not work.”

This success rate smashes the target previously that was set by the Mobile Phone Industry Crime Reduction Charter aimed for 80 per cent of mobiles to be blocked within two days of being reported stolen in the UK.