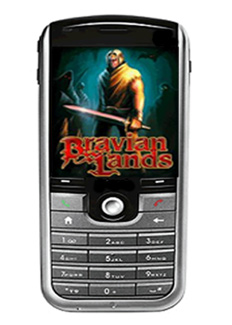 HeroCraft, a dynamically expanding Russian company, has designed and released various high-class games and other programming products for mobile phones. Their major aim in attaining maximum enjoyment from games through the highest quality and excellent gameplay has once again made them produce two exciting games for mobile phones.

“Bravian Lands” is an adventurous game. It is a journey of the brave hero in his mission to save his land from the hordes of various monsters. He is accidentally summoned by a mistake in the spell. The hero passes through four gaming areas, which include four levels in each. In every level, the hero battles with wizards, monsters and huge number of magical creatures. At the end of every location the “boss” monster awaits to assassinate or be assassinated. Bravian Lands features very energetic gameplay, plenty of various enemies, hero weapons and different tactics for “boss” monsters.

“Sun Valley” is a game in genre of infamous “Bejeweled”. The goal is to assist King Arthur and defeat the vile dragon, to win the heart of the beautiful lady. There are forty levels with mounting difficulty. On each level the player has to unlock the cells, build matches of three and more familiar pieces in a row. The pieces vanish when matched correctly and the cells get unlocked. Sun Valley map navigates between the levels, to guide and pick the order of level completion. Accompanied by the various game features there are variety of bonuses mentioned.