The Tata Docomo Photon Max Wi-Fi Duo is the latest member in the company’s portable internet dongle lineup and it’s already available for purchase in select cities across India. Unlike the previous additions, this one comes with a built-in battery backup and it’s priced at Rs 2899 which is pretty reasonable.

BGR India is reporting citing PTI as its source that the Tata Docomo Photon Max Wi-Fi Duo can be used to connect up to 5 devices which is the standard number, to the hotspot network and access the internet with pretty good speeds. Users can expect downlink rates of 9.8Mbps and uploads which peak at 3.6Mbps. 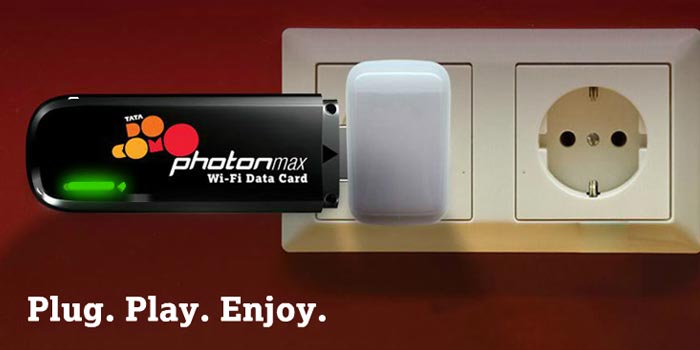 Tata Docomo notes that the new device will work with a wide catalog of gadgets including smartphones, laptops, tablets, smart TVs and gaming consoles. The company has thrown in a 4400mAh battery which should be able to deliver an estimated 8 hours of activity time, but this hasn’t been confirmed by the provider as yet.

Additionally, the device functions as a power back, allowing you to charge your smartphones and tablets while surfing the web. There’s also a microSD card slot onboard which acts as a mini cloud storage for accessing data whilst on the move.

Gurinder Singh Sandhu who’s the Head of Marketing at Tata Docomo disclosed that postpaid customers can expect lag-free video streaming and even smooth functioning of data hungry applications with the Photon Max Wi-Fi Duo. No tariff plans have been revealed for this device, so we’re assuming that the normal 3G rates will apply. Do note that the subscription fees can vary based on location.

The Tata Docomo Photon Max Wi-Fi Duo is currently available for purchase through the company’s brand stores in Delhi and Mumbai.