Twitter has increased the character limit for Direct Messages to a generous 10000, up from the previous limitation of 140 which was pretty unreasonable. Punctuation marks, spaces and letters are each counted as one character, while URLs make up 22 characters. The company has been introducing many changes to the social networking and micro-blogging website in a bid to increase its user numbers and keep them signed in.

There’s no denying that Twitter is a great source of breaking news and events from around the world. But it’s not enough to engage audiences for long enough. It had launched ‘While you were away’ which offers users a recap of all the tweets they missed while they were logged out of the site. Upping the Direct Messages character limit to 10000 could help Twitter gain a foothold in the messenger space, something it’s not famous for at present. 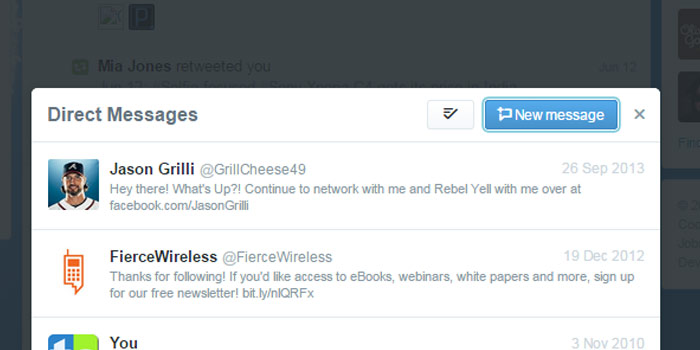 In other news about Twitter, Dick Costolo will be stepping down from his role of CEO in July next month, and co-founder Jack Dorsey will be replacing him temporarily. Also, a newly introduced facility allows users to export and share their block lists with people they know, or even import rosters of unwelcome accounts made by others, enabling the blocking of multiple unwanted followers simultaneously and without breaking a sweat.

Also see: Google and Twitter team up to add tweets into search results

Apart from making these two announcements recently, Twitter even rolled out some alterations to how tweets sparking a lot of interest can be followed by people. It has started grouping conversations and highlighting the most engaging exchanges that arise due to a particular tweet, just below it. As for Direct Messages, even two users who aren’t following each other can converse in private through this feature.

With regards to the higher character limit of 10000 for Direct Messages, Twitter has advised third-party developers to make sure their apps are able to accommodate the change.