The highly anticipated Samsung Galaxy Alpha smartphone could be just a few days away from making its debut in India as the South Korean giant has scheduled a mysterious event for September 27. There’s no official word on whether it is the aforesaid handset indeed which will be showcased. But seeing as the ‘Next Generation Stylephone’ is what the company wants to flaunt, we couldn’t think of anything other than its metal creation that’s set for unveiling.

The Samsung Galaxy Alpha’s launch in India has been highly anticipated for some time. The OEM is considered as the largest in the country’s smartphone market and with buyers showing lack of interest in the Galaxy S5, a fresh release like the phone in question could help recover lost ground. 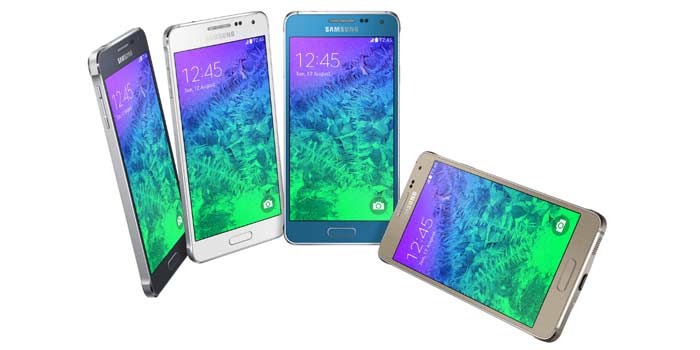 As you’re probably aware of, the Alpha is the first smartphone in years to feature a metal design, while the majority of devices from Samsung are all crafted from polycarbonate. The phone isn’t a high-end one, but it offers premium looks and doesn’t compromise on specs or features.

There’s a 4.7-inch Super AMOLED HD display for visuals and an octa core Exynos 5 processor doing the heavy lifting. The phone also packs 2GB RAM, 32GB of non-expandable flash storage and an 1860mAh battery on the inside. And like the Galaxy S5, it has a heart rate monitor as well as a fingerprint reader.

With these features, the Samsung Galaxy Alpha will go toe-to-toe with Sony’s Xperia Z3 compact. However, the price will be the main deciding factor here and we’ll know that later this week. There’s also the possibility of seeing the Galaxy Note 4 phablet at the September 27 event, since multiple reports have suggested that it’ll reach India early October.