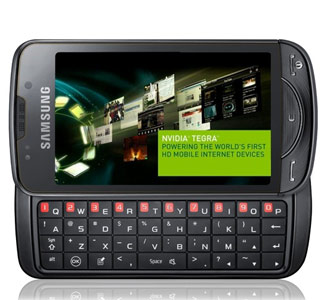 According to Engadget iMobile, a representative from Samsung recently confirmed that Samsung is going to develop a smartphone that runs on the Nvidia Tegra chip. Samsung is the one who was rumored to be among top five mobile phone manufacturers developing a handset powered by the Tegra processor.

Previously, there were reports that a Tegra phone would be launched in Q4 through AT&T or T-Mobile, and would approximately cost around $199. However, which manufacturer was going to develop this phone was not mentioned. Now, it is confirmed that it is going to be a Samsung phone.

The chipset will anable high-definition graphics playback from the phone regardless of whether it’s from movies or videogames. The Samsung smartphone may possess features like AMOLED touchscreen and TouchWiz widgets. There is no information about which operating system this smartphone is going to run on. However, it is speculated that the phone could run on Google’s Android operating system.

Besides this, the specifications, pricing or release date of the phone has not been revealed yet.