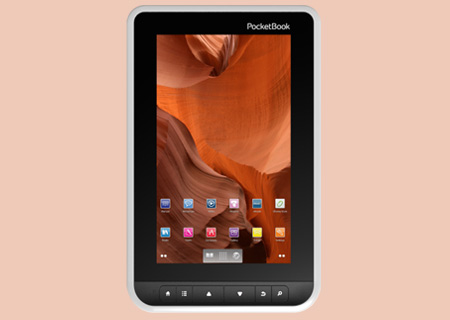 A new entrant in the eReader and tablet market is the recently announced PocketBook A7 multimedia reader. Developed by PocketBook International, it is a compact and ergonomic device which can easily be carried around for daily usage.

With measurements that read 207mm х 131mm х 14mm, the latest PocketBook offers users an internal storage capacity of 4GB for hoarding their multimedia content and if this amount falls short, they are allowed to extend the memory up to 32GB via the microSD card slot. It boasts of a 2MP front facing camera and is integrated with 512MB of RAM. 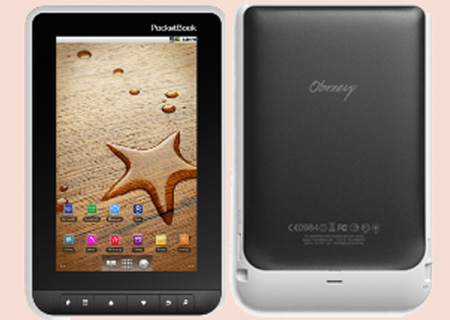 The back panel of the slate is embedded with a 0.5W built-in speaker. Running on a 3300mAh lithium-polymer battery, this mobile device provides 6 hours of continuous video playback. It possesses the text-to-speech converter functionality which can read out a book to users in 4 languages. Moreover, the Wi-Fi enabled tablet comes preloaded with 47 ABBYY Lingvo dictionaries along with a collection of about 100 books in various European languages like Ukrainian, English, German, French, Italian, Spanish and Russian.

The PocketBook A7 multimedia reader release date and price details have not been divulged as yet.