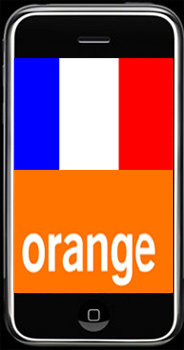 French mobile network provider Orange has unlocked Apple iPhones and is now offering them for sale in France.

Didier Lombard, the chief executive of Orange parent France Telecom estimated that between 400,000 and 500,000 subscribers are expected.

The smartphone was launched in 12 other cities a day prior to the launch of the iPhone in France.

Orange offers the Apple iPhone for 649 euros (Rs.38,055 approximately) excluding the network and to avail the network service the user has to pay 100 euros extra.