Home Other Brands Oplus XonPhone 5 up unveiled on Snapdeal with Android 4.4.2 KitKat

The Oplus XonPhone 5 may have a weird name, but it has gone official in India featuring a pretty alluring design and a decent offering of specs. The handset is being sold exclusively through Snapdeal where it’s priced at 7999 and is already available to purchase.

The Oplus XonPhone 5 is the second device to reach India from the Taiwanese company. The Oplus XonPad 7 which is a 7-inch Android tablet was launched earlier this year and was also exclusively sold through Snapdeal. The new smartphone is KitKat powered which gives it an advantage over many others still stuck on Jelly Bean. 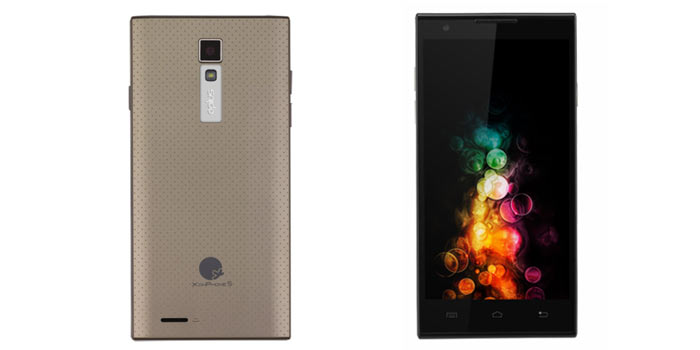 If that wasn’t enough, the XonPhone 5 handset packs a good deal of features at the said price. Most handsets in this range would offer a low-resolution display, but the XonPhone 5 is equipped with a 5-inch IPS panel proffering 720p HD visuals.

Coming to the design, the smartphone looks nothing out of the ordinary from the front, but flip over to the rear and you’ll be presented with a textured panel. It more or less looks like a combination of LG G3’s arc look with the Samsung Galaxy S5’s dimpled finish. The XonPhone 5 phone is 8mm thick and it tips the scales at 170 grams which is quite heavy for its size.

If you’re interested in the Oplus XonPhone 5, head over to Snapdeal to purchase the smartphone in options of silver, grey and gold shades.