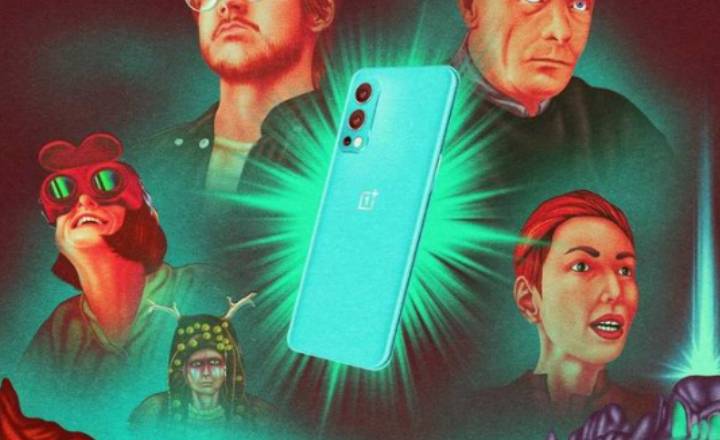 If you’re waiting in line to purchase the new OnePlus Nord 2 handset, there’s some good news for you as the company has revealed what the device will look like. An art piece featuring the upcoming smartphone has been posted on the firm’s official Instagram account, where it’s mentioned that July 22 is when it will be officially showcased.

It will act as a successor to the OnePlus Nord, which was launched in July last year. As has been confirmed by the makers, it will be the first to be powered by a MediaTek chipset. The Dimensity 1200, to be exact. This new strategy will allow the phone to be more competitive in terms of pricing and will set up a competition with OPPO handsets, benefitting the parent company despite the cannibalization of sales.

The photograph in question shows a blue back panel with the OnePlus branding in the middle. You can also spot a triple rear camera setup on its back, which features two large sensors and a third smaller sensor. We don’t know any details about this camera setup but there have been rumors that it will adopt a 50MP Sony IMX766 sensor for one of its cameras. OIS is also expected to form part of this setup.

Given that the Dimensity 1200 processor will be going into the OnePlus Nord 2, it’s obvious that 5G support will indeed be present on it. We’re expecting the device to be priced around the Rs 30,000 mark but the final cost will only be revealed at the launch event that’s scheduled to take place online on July 22 at 4 pm CEST.

We’ll have more on the new OnePlus Nord 2 when official details are finally made available by the company.