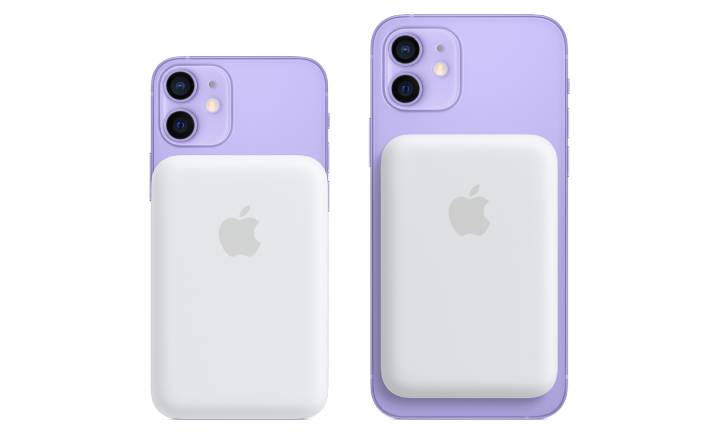 $99 is how much you need to pay if you want to snag a new MagSafe Battery Pack that Apple has launched for the iPhone 12 range. Just like the regular MagSafe charger, this one too wirelessly attaches itself to the backs of the devices to provide extra juice. Its exact capacity hasn’t been mentioned by Apple though.

It can charge your iPhone 12 at 5W, while the pack itself recharges with at 20W. When you’re at your desk, you can charge the power pack while it’s connected to your iPhone 12 device, so that the handset charges at 15W. As we said, the exact capacity of the MagSafe Battery Pack hasn’t been mentioned by Apple. However, 9to5Mac says that 11.2Wh or 1460mAh of power is available.

Apple mentions that this charger requires your device to run on iOS 14.7 or higher. This version hasn’t been released yet, but it should be out in the coming days, considering that the product is expected to ship around July 22.

The iPhone 11 battery cases that Apple had released back in the day used to come with a physical camera shutter button, but no such thing exists on the new product. However, there’s a good possibility that it will be able to recharge your AirPods on the go as well since the wired MagSafe charger is able to do that.

Ever since the iPhone 12 models were launched, Apple has been making a push for introducing newer MagSafe accessories. So far, those include a magnetic wallet, a dual wireless charger for your iPhone and Apple Watch, and more.

Meanwhile, rumors and leaks about the iPhone 13 are starting to catch steam lately. The latest is that new colors will be making their way into the range this year.