The Nokia X smartphone is proving its worth across the world. The device which makes the most of a highly customizable Android platform doesn’t break the bank and brings a decent set of specifications crammed within a stylish chassis dipped in vibrant shades.

The company has revealed through its Weibo account in China that the Nokia X has already received a million pre-orders in this country. This goes on to show how enthusiastic people are about the Android-based Nokia phone. However, it is worth pointing out that you are not likely to get access to any of the Google mobile services via it. Microsoft applications have been pre-loaded in it though, and it is compatible with Android apps too. 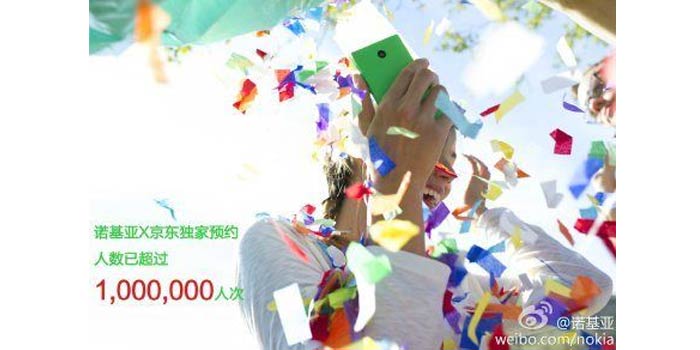 For a budget-friendly price, you can expect the handset to bring a 4-inch capacitive touchscreen and a 3MP rear camera. It runs the Nokia X software platform 1.0 and acquires multitasking properties from a dual core Snapdragon S4 processor which is accompanied by 512MB of RAM.

The Nokia X has already been launched in India as well as Kenya for Rs 8,599 and 12,499 shillings, respectively. It will travel to a lot of other regions including Europe, Africa, Asia Pacific, Middle East and Latin America. As for its siblings, the Nokia X+ and XL, they should be made available sometime in the second quarter of this year.

Key features of the Nokia X: