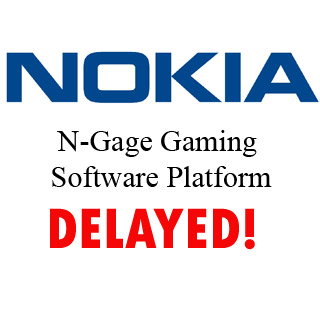 Nokia was supposed to introduce their gaming software for the N-Gage in November, but it is delayed due to testing, reported Next-Gen.

N-gage could be now coming in December. Software testing could reportedly be taking a bit more time than expected by the company.

The company has remade the N-Gage operation entirely and states that it is reflective of a shift “focus from a dedicated game phone to a gaming service.” The Finnish company has focused exclusively on the digital distribution model, enabling users to experience all N-Gage games for free from any Nokia device supporting it before downloading full titles to such devices and PCs.

In the beginning free N-Gage software would be required to be downloaded to make use of the service; however the application will eventually be automatically integrated in Nokia devices supporting it.