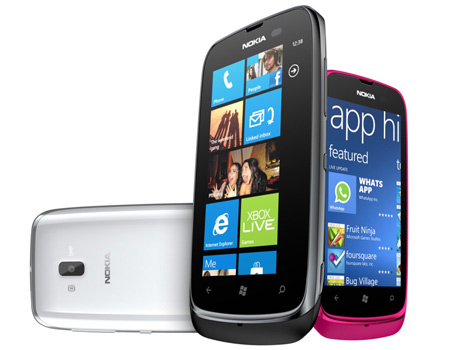 The latest piece of news coming from the MWC 2012 is the unveiling of the Nokia Lumia 610 smartphone. Besides this handset, the DC-HSPA variant of the Nokia Lumia 900 was also announced at the ongoing tech event, for those parts of the world where 4G LTE networks do not exist.

The Lumia 610 now joins its other previously released counterparts namely, the Lumia 710, 800 and 900, to become the fourth handset in this series. Running on the new generation Microsoft Windows Phone 7.5 Mango mobile platform, it will come dressed in a riot of hues such as cyan, magenta, black and white. 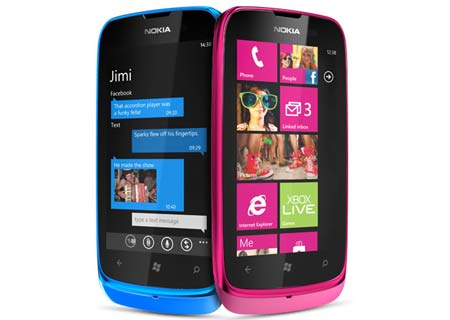 This Lumia device provides talk time and standby time of up to 10.5 hours and 670 hours, respectively on the GSM network. Moreover, it possesses a 5MP main camera with a 28mm wide angle, autofocus, LED flash and geotagging. The Lumia 900 DC-HSPA is slated to trek across the globe sporting a 4.3 inch ClearBlack AMOLED display screen.