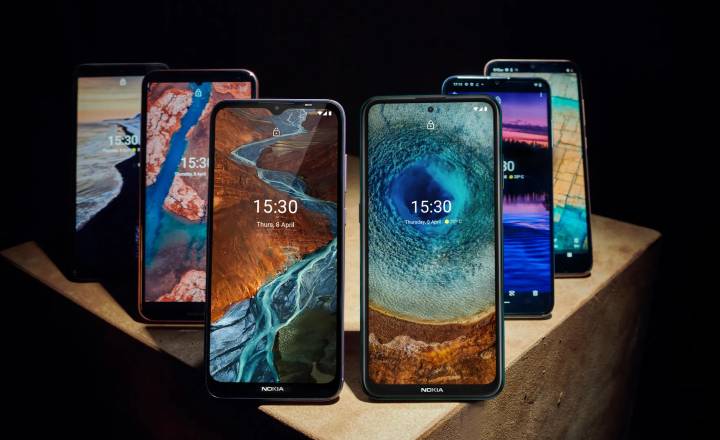 Nokia has introduced six smartphones under three new lineups, namely the X series, G series, and C series. While the cheapest among them has been priced at 75 Euros, the top model costs 349 Euros. Nokia will be releasing these three smartphones in several markets around the world soon.

The Nokia X20 and X10 are mid-range phones running on the Snapdragon 480 chipset. Both grab 6.67-inch IPS LCDs with FHD+ resolutions and they even possess 4470mAh batteries with 18W fast charging support. They differ in the camera department though. While the X20 carries a 64MP wide camera, the X10 goes for a 48MP sensor. 5MP ultra-wide, 2MP macro, and 2MP depth sensors are common for both. These X series phones will get three years of OS updates and three years of monthly security updates.

The Nokia G series includes the G20 and the G10, which come with Helio G35 and Helio G25 chipsets inside them, respectively. Their display is a 6.52-inch IPS LCD with HD+ resolution, while their battery bears a 5050mAh capacity. The G20 offers the same camera setup as that of the X10, while the G10 comes with a 13MP wide camera, a 2MP macro snapper, and a 2MP depth sensor. These two phones are primed for two years of Android OS updates and three years of monthly security updates.

Finally, the Nokia C series includes the C20 and the C10, which come with Unisoc SC9863a and Unisoc SC7331e processors, respectively. Both the phones get a 6.52-inch display with HD+ resolution and a 3000mAh battery. They also carry single 5MP rear cameras and offer either 1GB or 2GB of RAM. They run the Go edition of Android 11 and will get two years of quarterly security updates.

Phones from the X and G series grab side-mounted fingerprint readers, while only the former series offers the punch-hole design, with the other devices going for waterdrop notches. Coming to front cameras, the Nokia X20 carries a 32MP camera, while the X10 goes for an 8MP unit. The G series phones offer 8MP front cameras and the C series devices deliver 5MP selfie shooters.