Researchers at the University of Kansas have found a new technique that could help detect alien life on Mars, though they’re not necessarily talking about little green men here. Alison Olcott Marshall and Craig Marshall propose that a combination of gas chromatography/mass spectroscopy with Raman spectroscopy is one of the best methods for finding signs of extraterrestrials on the red planet.

This new technique is aimed at discovering ancient alien life on Mars by providing a viable screening test to aid the process of recognizing condensed aromatic carbon which is a chemical signature of astrobiology. Alison Olcott Marshall and Craig Marshall have published a paper that points to the disadvantage of using merely Raman spectroscopy, in the Philosophical Transaction of the Royal Society.

Raman spectroscopy can only identify inorganic and organic materials. Hence, it needs to be supported by gas chromatography/mass spectroscopy in order to establish definitive evidence of Martian life. NASA and ESA have already found proof of water having flowed on the red planet’s surface. In fact, just this year, data collected by the Rover Environmental Monitoring Station and the Curiosity rover claimed that water in its liquid form may be present to this day.

The University of Kansas researchers are continuing to test the gas chromatography/mass spectroscopy and Raman spectroscopy technique by analyzing rocks on Earth which could be similar to those on Mars. They have identified areas on the Kansas-Oklahoma border with chemical content which appears promising. Previously, experiments on the viability of using Raman spectroscopy on our neighboring planet were mostly carried out on pure salts and minerals synthesized in laboratories. 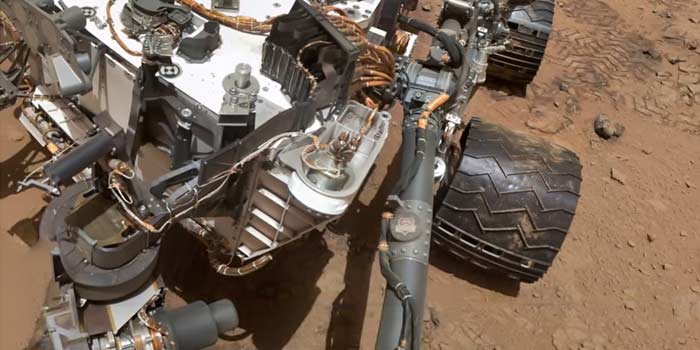 Needless to say, if the new technique by Alison Olcott Marshall and Craig Marshall is proven useful, scientists will be able to hunt for alien life on Mars much more efficiently.