After being launched for the US, the New Google Nexus 7 is all set to leave a mark on other major markets around the world. Google has now begun rolling out its 7-inch tablet’s latest iteration in almost half a dozen regions including the UK, Japan and France.

The 16GB new Google Nexus 7 has gone on sale at £199, while its sibling bearing 32GB of internal storage capacity is up for grabs at £239. The news comes courtesy of Phandroid which has indicated that these amounts apply to the Wi-Fi only model. 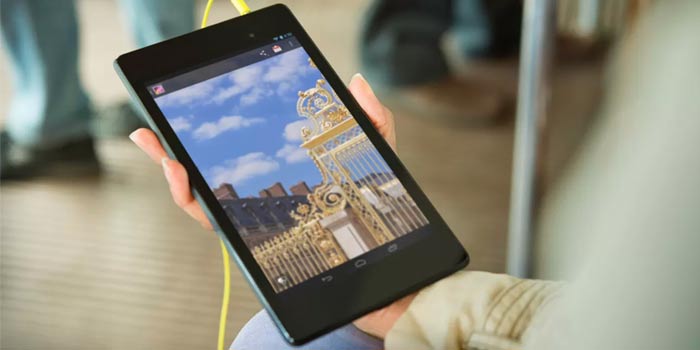 Moreover, O2 has some good news for those hoping to find a 4G LTE version. The service provider has said that it will start selling the tablet’s 4G-ready variant next month. However, the network will not be made available to the masses before the end of this year, it implied on its website.

Pre-orders for the slate will kick off sometime tomorrow. And those who rush to book the tablet will be offered a premium case which otherwise sums up to £29.99, at absolutely no charge. The telecom operator also plans to stock the slab’s Wi-Fi only model, but the carrier-bound variant will demand £10 extra. 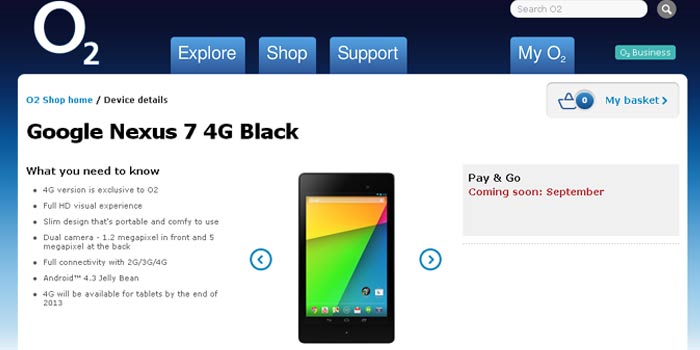 The 4G-Ready new Nexus 7 will strike the network operator’s stores on September 13 and sport a price tag of £319.99.

Scroll down for a log of the smartphone’s core specifications: