The Google Nexus 4 has just been subjected to a price drop as its 8GB variant begins retailing at $199 in the US, instead of $299. But these good tidings come in the favor of only those residing within the realms of Australia, Canada, Germany, Spain and the UK, apart from the States, the official Google Play Twitter account pinpointed.

With the smartphone being almost a year old, the trimmed down retail tag could be the company’s strategy to retain potential buyers’ interests. But there could also be a possibility that it plans to launch the device’s next iteration at the original asking amount resulting into such a reduction, just like it did with its Nexus 7 (2012). 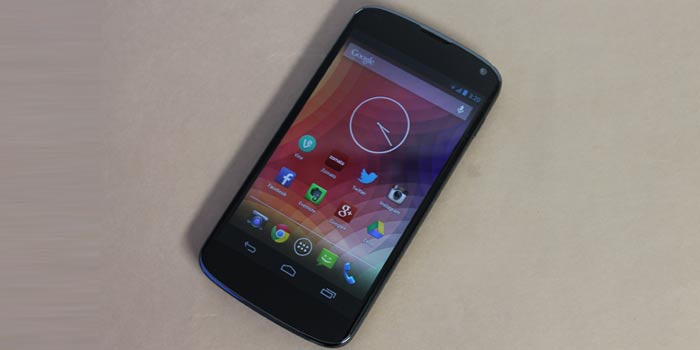 The Google Nexus 4 as known to many, touts a True HD IPS touchscreen making a show of stock Android 4.2 across a panel measuring 4.7 inches. Apart from housing an 8MP camera on its flip side, the smartphone welcomes a 1.3MP secondary webcam as well. It gains steam from a 1.5GHz quad core Qualcomm Snapdragon S4 Pro chipset which in turn is backed by 2GB of RAM.

Those who have been eyeing the 16GB Nexus 4 can also heave a sigh of relief considering that the variant has now been made available at a price of $249 following a $100 discount. 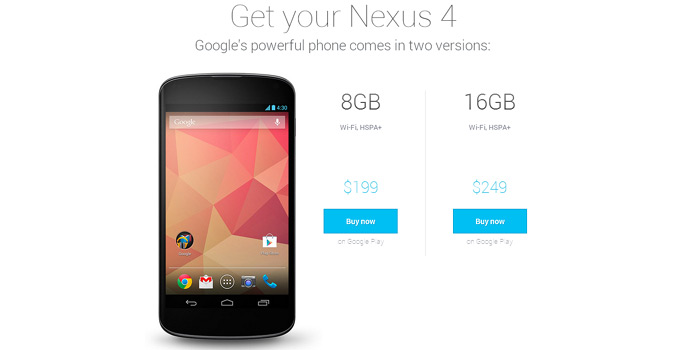 Here’s a list of the smartphone’s specifications in a nutshell: